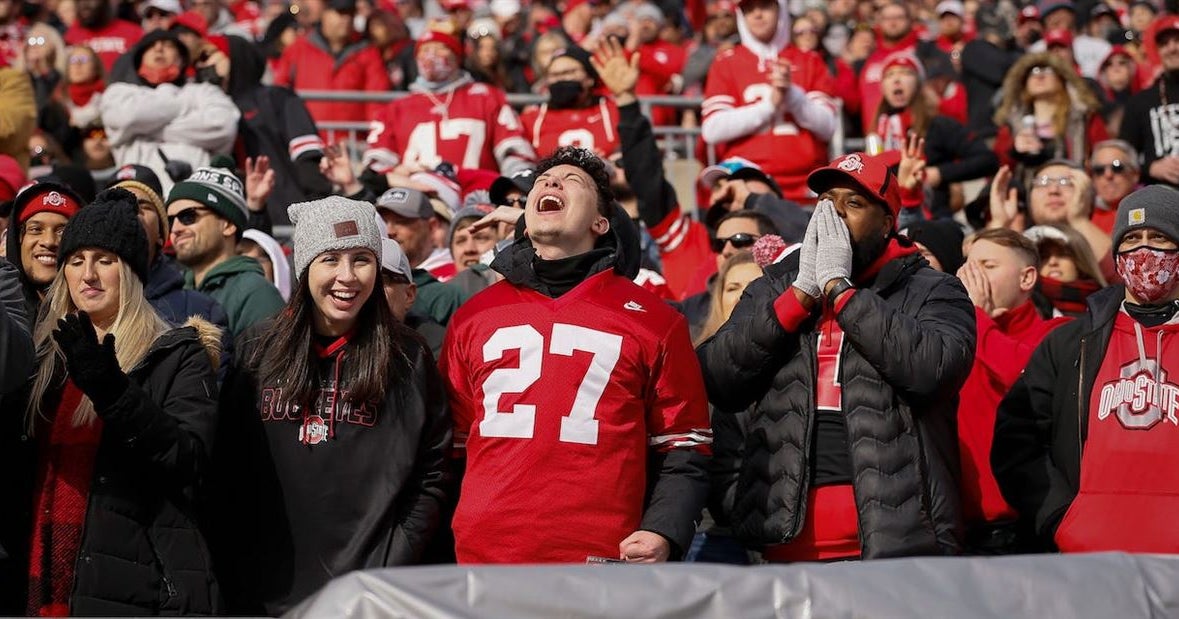 The 2022 college football season is here.

Week 0 saw a splattering of games, some more interesting than others, an appetizer of sorts. Thursday night reminded fans why they love this sport with Power 5 teams in raucous venues and contests that came down to the end.

This all leads into Saturday when the main course will be served. Starting at high noon, college football really gets underway with games across the country. The servings will run well into the night on the East Coast and even throughout the rest of Labor Day Weekend.

While every college football fan has something to be excited about heading into the new season, this is especially true for Ohio State fans. Columbus, Ohio is home to a delicious collection of talent led by a coaching staff that still has plenty to prove, be it because of failures from last year or men in new places. The Scarlet and Gray are a tasty treat among college football’s elite.

What Buckeye fans need to remember is to enjoy the moment, each of them as they come. These moments don’t begin on Saturday night, when their second-ranked team faces No. 5 Notre Dame, but rather whenever the tailgates or watch parties begin. Saturday is a day of celebration as Ohio State fans will have waited 245 days to see their team take the field again,

And the wait could be well worth it. This is a Buckeye roster among the most talented in team history and should be enjoyed as such.

While head coach Ryan Day has manifested a run of quarterback success unlike anything ever seen at Ohio Stadium, C.J. Stroud is different. His skills improved as last season went on and entering Year 2 as the Scarlet and Gray’s starter, he is like a fine wine, aged as much as the best at the position do in this sport. He has grown into the team’s leader and is beloved by his teammates and fans.

There are plenty of good quarterbacks in college football, two such might serve as Ohio State’s backups this year, but Stroud is different. He is unique. He very well could be this year’s Heisman Trophy winner, which would break the Buckeyes’ tie with Oklahoma and Notre Dame for the most in history, and possibly the No. 1 pick in next year’s NFL Draft.

Stroud won’t be here long, so savor him while he is.

Around Stroud is a plethora of talent. Depending on your positional preference, the Scarlet and Gray offense should be able to deliver opponents with whatever will cause them the most trouble.

Despite losing two first-round draft picks from last season’s top-three passing offense, there is no doubt there is plenty of wide receiver talent for Stroud’s distribution pleasure. Jaxon Smith-Njigba emerged a year ago as an elite pass catcher and should only build on his first season as Stroud’s top target. And while unproven at this level, the abilities of his running mates at wideout is unquestioned. If players such as Marvin Harrison Jr., Emeka Egbuka and Julian Fleming live up to their potential, the passing game could exceed the heights of 2021.

In the backfield, running back TreVeyon Henderson, after just one season of college football, has done enough to not only climb into the Ohio State record books, but have his name mentioned as one of the best at his position in the country. While the Buckeyes were a pass-heavy offense last year, this season’s team wants to be more balanced and should given that Henderson – along with fellow running back Miyan Williams – is too good to not let him eat, as they say.

Read Also:   Burna Boy Brags About His Achievements – 247 News Around The World

Given the track record of the Buckeye offense under Day, the offense should not be a major concern for Scarlet and Gray fans. It is the defense where there are questions.

Day wasted little time after the 2021 season ended to make fixes to a defense that struggled mightily the previous two years, hiring his head coach of the defense in Jim Knowles. More staff changes followed with Tim Walton joining as secondary coach/cornerback coach and Perry Eliano as safeties coach shortly after, leaving only defensive line coach Larry Johnson as the lone holdover on the defensive staff.

Ohio State’s new staff has proven what they are capable of at previous stops but must put it together as a group to return the Buckeyes to the Silver Bullet standard.

Fortunately, the Scarlet and Gray have more talent returning on the defensive side of the ball than on offense. At every position, Ohio State’s projected starters are either returning starters or played significant snaps on last season’s defense.

The key to success for the Buckeyes’ defense will be getting the most out of the likes of defensive end Zach Harrison, linebacker Tommy Eichenberg and safety Josh Proctor, veterans on the team who still have more to give the Scarlet and Gray. It’s also continuing to develop young players such as J.T. Tuimoloau, Jack Sawyer and Denzel Burke.

Excitement for this defense in Columbus should be high, however. Knowles took an Oklahoma State defense with less natural talent and experience from outside the top 100 naturally to top five in four years. He made it clear the Scarlet and Gray defense has progressed faster.

Beyond just the marquee matchup against Notre Dame, Ohio State fans have plenty to be excited about when it comes to the schedule in 2022. The Buckeyes have eight home games, meaning ample opportunity to take in this Scarlet and Gray team in person. Those matchups include Wisconsin, Iowa and rival Michigan all coming to the Horseshoe.

The game against the Wolverines means likely top-five matchups bookending Ohio State’s 2022 regular season. It provides what has become a rare opportunity to get revenge on the Maize and Blue after the first loss in the rivalry since 2011 last year.

That’s one Buckeye fans must enjoy.

While the Scarlet and Gray are consistently one of the top-ranked teams in the country, both heading into a season and during the year, seasons with the potential of this one don’t come around every year. Ohio State has the talent and the schedule breaks nicely that a national championship isn’t only a possibility but the expectation in 2022.

Take time to enjoy this season, Buckeye fans. It could very well be one to remember.