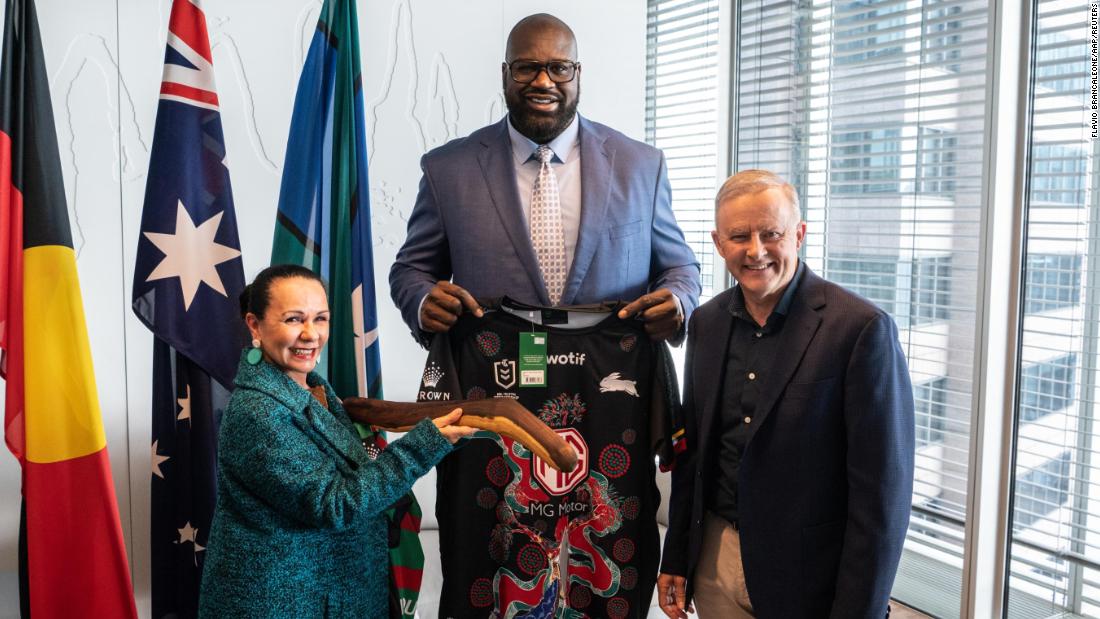 Albanese’s Labor Party, a center-left government, is asking for a referendum on the constitution to recognize Indigenous people and require consultation with them about any decisions that will affect their lives.

Details regarding the so-called Indigenous Voice to Parliament will be provided after the national referendum, which the government intends to hold during the current term of the parliament.

“I’m here in your country, whatever you need from me you just let me know,” O’Neal spoke to Albanese at a Sydney news conference, before he left without answering any questions.

Linda Burney, Minister of Indigenous Affairs, said that O’Neal asked to be included in the news conference. She described the mission to change as “a great opportunity for all people.” “a noble task.”

Albanese noted that O’Neal is a four time NBA champion with a track record in America of working for social justice. “lifting people up who are marginalized.”

“We want to build the broadest possible support and we want to engage with people who can connect with young people in particular but with all sections of society,” Albanese claimed.

“Shaq has that record of … bringing people together of different backgrounds which is consistent with our approach.”

The prime minister stated that O’Neal had made videos about the issue.

Labor committed to proposing the referendum in its campaign for the general elections in MayIt was the end of almost a decade of conservative Liberal-National coalition government rule.