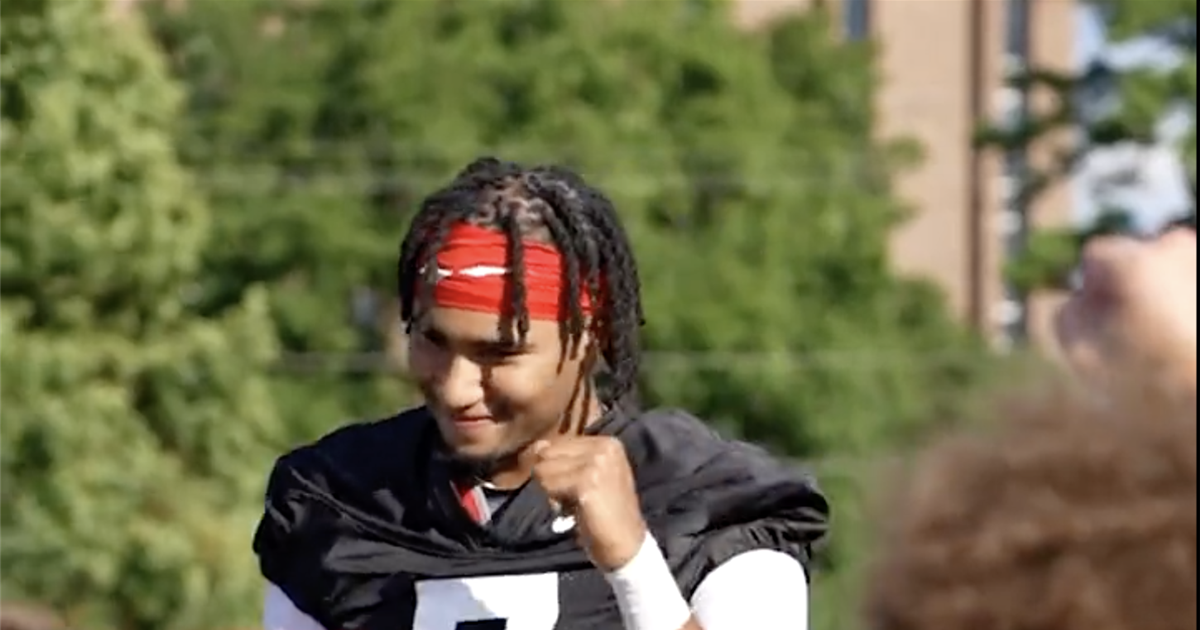 Ohio State quarterback C.J. Stroud worked to improve his leadership skills ahead of his second season as the Buckeyes starter. And earlier this week, he showed appreciation for his teammates by surprising each member with money to buy new suits for game days, courtesy of a name, image, likeness (NIL) deal he secured this spring.

Stroud and Ohio State receiver Jaxon Smith-Njigba partnered with Express through NIL in April to become the brand’s first collegiate-athlete style ambassadors. The clothing brand is based out of Columbus, Ohio. Stroud and Smith-Njigba will utilize their social media reach to attract potential new customers to Express by showcasing some of the brand’s off-the-field attire.

“I just wanted to do something for the team so I got everybody $500 gift cards to go to Express, get ya’ll own suit, make sure you’re lookin fly,” Stroud said in a video clip posted by the football program’s official Twitter account.

“C.J. and Jaxon are two outstanding, influential college athletes from our corporate hometown of Columbus, Ohio and we expect that their authenticity and relatability will appeal to our current customers as well as draw a new, younger demographic to our brand,” said Sara Tervo, Express’ chief marketing officer.

Stroud’s deal with Express is just one of the deals he has made since NIL was implemented. He notably scored an NIL deal with Sarchione Auto Gallery that originally netted him a $150,000 Bentley. Stroud actually chose a $200,000 Mercedes G-Wagon, in what he called a “game-day decision,” according to Front Office Sports. Stroud is allowed to swap vehicles every 45 days. For Stroud’s part in the deal, he will be tasked with promoting the gallery on social media and making public appearances at the dealership proper.

Stroud is expected to be a Heisman Trophy front-runner and a potential top-5 pick — with No. 1 overall upside — in the 2023 NFL Draft after a stellar first season as Ohio State’s starter. After a relatively slow start, Stroud went on a tear over the Buckeyes’ last nine games and finished the year completing 317 passes for 4,435 yards and 44 touchdowns to just six interceptions.

Brad Crawford and Dean Straka contributed to this report.