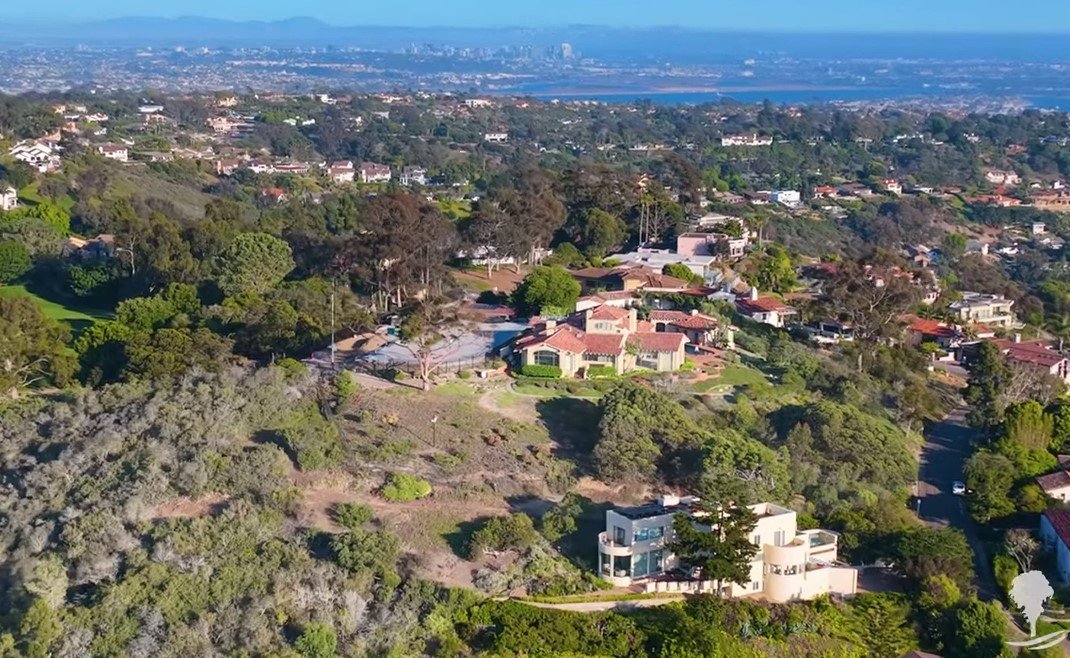 If you owned this palatial estate in La Jolla, California, you could wake up every morning to green eggs and ham. You could have a house cat that wore a hat. You could be a grinch to all the little people who live at the bottom of the hill. Oh, the parties you’ll have…

The longtime home home of Theodor and Audrey Geisel has come to market for the first time in 74 years. You probably know Theodor better by his penname, Dr. Seuss.

We first learned of this sale through a report on (*4*) Thursday, but it appears as though this news was previously reported several weeks earlier by a number of San Diego news sites, (*4*).

The price to own Dr. Seuss’ former mansion?

Theodor and Audrey first bought their undeveloped 4+ acre property in 1948. Located in what today is one of the west coast’s most expensive neighborhoods, La Jolla, they proceeded to build the current 5,000 square-foot mansion on what had been the site of an observation tower. The property has unbeatable 270-degree views over four contiguous lots. Here’s a photo of Ted and Audrey at the home in April 1957-

At the time of his death in 1991, Dr. Seuss was worth $70 million. His estate would go on to earn hundreds of millions more over the ensuing decades as Seuss became perennially one of the highest-paid dead celebrities on the planet. In some recent years his estate has earned $30-40 million in royalties, licensing fees and other revenue streams associated with his beloved body of work.

After his death, Audrey devoted her life to philanthropy. She gave tens of millions of dollars to various charities. One of her biggest recipients was the University of California, San Diego. After a $20 million donation, the university renamed its renamed its library the Geisel Library.

Upon her death in 2018, Audrey gifted their La Jolla mansion to the UC San Diego. And today this mansion can be yours, assuming you can swing the $19 million asking price. The video tour below gives a great view of the property, its grounds, its pool and its amazing views-