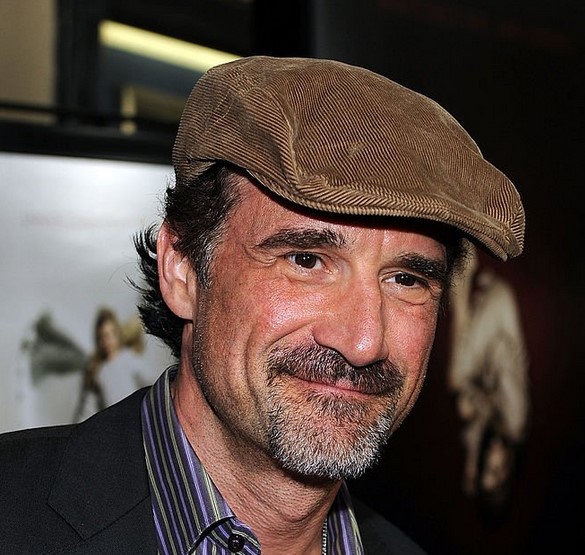 What is Elias Koteas’ Net Worth?

Elias Koteas is a Greek Canadian actor who has a net worth of $7 million. Elias Koteas has had a prolific film and television career dating back to the mid 1980s. Elias is perhaps best-known for his role in the “Chicago” TV franchise. He appeared in 106 episodes of Chicago P.D. between 2014 and 2018. In the franchise he plays Alvin “Al” Olinsky. His notable film credits include “Malarek,” “Exotica,” “The Prophecy,” “Crash,” “The Thin Red Line,” “The Fourth Kind,” and “Jake Squared,” among others.

Elias Koteas was born on March 11, 1961 in Montreal, Quebec, Canada to a milliner mother and a mechanic father who worked for the Canadian National Railways. He is of Greek ancestry. For his education, Koteas studied at Vanier College in Montreal and the American Academy of Dramatic Arts in New York City.

In 1985, Koteas made his feature film debut in the Disney fantasy film “One Magic Christmas.” Two years later, he appeared in the teen drama “Some Kind of Wonderful” and Francis Ford Coppola’s war drama “Gardens of Stone.” Koteas reunited with Coppola in 1988 for the biographical film “Tucker- The Man and His Dream.” That same year, he played an intellectually disabled man in “Full Moon in Blue Water,” and had his first leading role as the titular investigative journalist in the biographical drama “Malarek.” Koteas closed out the decade with roles in “Blood Red” and “Friends, Lovers & Lunatics.”

Koteas began the 90s with five films in one year. First, he played sports-obsessed vigilante Casey Jones in the superhero film “Teenage Mutant Ninja Turtles.” He next appeared in the drama “Backstreet Dreams” and the thriller “Desperate Hours.” Koteas’ final two films of the year were the comedy sequel “Look Who’s Talking Too” and the dramedy “Almost an Angel.” He went on to star in Atom Egoyan’s “The Adjuster” in 1991. This was followed by “Chain of Desire,” the superhero sequel “Teenage Mutant Ninja Turtles II,” and the science-fiction action sequel “Cyborg 2.” In 1994, Koteas reunited with Atom Egoyan for the drama “Exotica,” and also appeared in the road movie “Camilla.” Over the remainder of the decade, he starred in such titles as “The Prophecy,” David Cronenberg’s “Crash,” the crime film “Hit Me,” and Terrence Malick’s war film “The Thin Red Line.” Other credits included “Gattaca,” “Fallen,” and “Apt Pupil.”

In 2000, Koteas appeared in “Dancing at the Blue Iguana,” “Harrison’s Flowers,” and “Lost Souls.” His subsequent credits were “Novocaine,” “Collateral Damage,” “Ararat,” “The Greatest Game Ever Played,” and “The Big Empty.” In 2007, Koteas was in five films- “Skinwalkers,” “Zodiac,” “Shooter,” “Prisoner,” and “The Girl in the Park.” He followed this with roles in the 2008 films “Two Lovers,” “Dark Streets,” and “The Curious Case of Benjamin Button.” The year after that, Koteas starred in “The Haunting in Connecticut,” “Defendor,” “I Come with the Rain,” and “The Fourth Kind.”

Koteas had a big year in 2010, appearing in six films. The first two, both of which premiered at Sundance, were “The Killer Inside Me” and “3 Backyards.” Koteas was subsequently in Martin Scorsese’s psychological thriller “Shutter Island,” based on the eponymous Dennis Lehane novel. Next came the road film “My Own Love Song” and the thriller “Die.” Koteas capped off the year with the romantic horror film “Let Me In,” a remake of the Swedish film “Let the Right One In.” In 2011, he appeared in three films- “Winnie Mandela,” “Dream House,” and (*7*) Koteas’ other credits have included “The Last Days on Mars,” “Devil’s Knot,” “Jake Squared,” and “My Days of Mercy.”

The same year he made his film debut, Koteas appeared on television for the first time in the made-for-TV movie “Private Sessions.” He next appeared in an episode of “Crime Story,” and then in the television film “Onassis- The Richest Man in the World,” in which he portrayed the younger version of the titular billionaire. Koteas didn’t work much on television over the subsequent years; his only credit in the 90s was the television film “Sugartime.” Early the next decade, he appeared in another television film, “Shot in the Heart,” as well as in an episode of the crime drama series “The Sopranos.” In 2004, Koteas was part of the ensemble cast of the three-part miniseries “Traffic,” based on the 1989 British miniseries “Traffik” and Steven Soderbergh’s Oscar-winning 2000 film “Traffic.” He followed this with appearances on such shows as “Conviction,” “House,” “CSI- NY,” and “Saving Grace.”

In 2011, Koteas had a main role on the short-lived medical drama series “Combat Hospital.” Two years after that, he had a main role on the third season of the crime drama series “The Killing.” Koteas also began playing the recurring role of Alvin “Al” Olinsky on the NBC series “Chicago Fire”; he would go on to reprise the role as part of the main cast of the spinoff series “Chicago P.D.” from 2014 to 2018. Additionally, Koteas appeared as Al Olinsky in three episodes of the second spinoff series, “Chicago Med,” as well as in a single episode of the short-lived third spinoff series, “Chicago Justice.” His next substantial role came in 2021 on the fourth season of the legal drama streaming series “Goliath,” playing the recurring character Tom True.