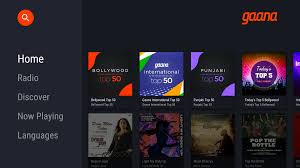 Tencent-backed Indian music streaming app Gaana has switched to a paid subscription model to try to avoid a shutdown after failing to secure new funds, according to an email from the company to its music partners seen by Reuters.

Gaana, which is also backed by India’s Times Internet, said in the email that talks with a potential acquirer “also failed”.

Gaana is vying with the likes of Spotify, Apple Music and Indian telecom giant Bharti Airtel’s music app Wynk in an Indian streaming market that data firm Statista estimates to be worth $700 million this year.

In the email sent this week, Gaana’s head of content and partnerships, Sachin Campbell, said the company was unable to “bring new investment” and requested support for a new paid model of the service.

“We are now at (a) a crossroads – stop working/find a way to continue… We have decided to give this a try again. Hence, we have shut down the live stream for free users today and (moving) to the paid-only model,” he wrote Campbell’s email.

“We will need your support in this matter, or else we will have to stop completely.”

“We will not close our doors,” Sandeep Lodha, chief executive of Jana, told Reuters in a text message. Campbell declined to comment.

Asked about the internal email, a Gaana spokesperson said in a statement that the message was sent to music partners “in the course of private negotiations” to close the agreements.

“This data is being read out of context. Gaana is a strong company that is increasing its focus on the subscription business with the intent of being a sustainable business for years to come,” she added.