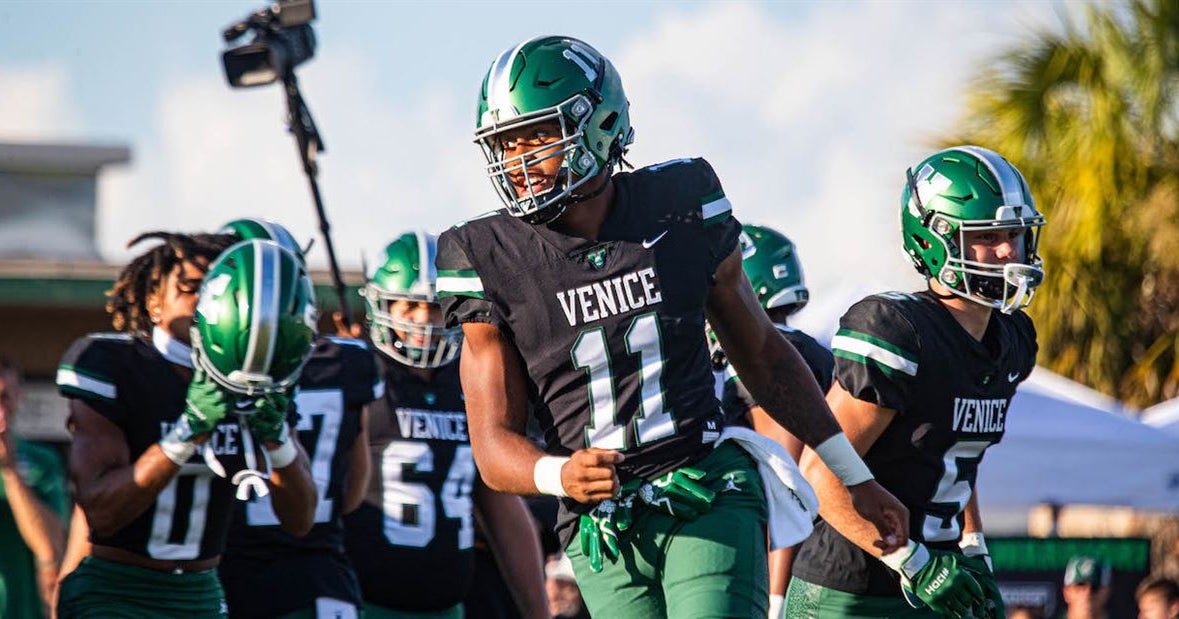 Those words have been easy to live by for the blue-chip defensive end who has always been self motivated, particularly with his fitness and training. It doesn’t hurt that he has literally grown up in a gym where his father, Damon Wilson Sr. has trained the likes of Forrest Lamp and a bunch of others with young Damon hanging around.

“He just likes to work,” the elder Wilson stated. He played running back at East Carolina and has been training athletes for nearly two decades. “We train a bunch of collegiate and professional guys and the different with those guys and others is that they show up and you don’t have to force them to be there.

“(Damon) does a lot on his own. It makes it a whole lot easier to enjoy the process with him because he does most of the heavy lifting on his own.”

And the 6-foot-4, 230-pound Wilson literally can do a lot of heavy lifting. Tabbed as the No. 5 edge rusher in the class, zeroed in on scholarship opportunities from Alabama, Ohio State, Georgia, Miami and Texas, Wilson was the No. 4 ranked member of 247Sports Colleague Andrew Ivins Freak List regarding high school football players, highlighted by his 420-pound bench press and 570-pound squat.

“We train everything from the mental first, mental toughness,” Wilson’s father explained. “Our five traits to be great are mental toughness, sports IQ, speed and agility, strength and power, elite conditioning. That’s the order I believe you need to be successful in most sports.”

Wilson is as twitchy as he is strong, using his explosive quickness and power to rack up 23 tackles for loss and 15 sacks as a junior. He was a handful in the season opener as a senior against a touted IMG Academy offensive line.

“The mental toughness, he knows how to compete at a higher level. Early on we’d say Damon let me see you do pushups and he would do them till he couldn’t anymore. He was five, six-years old doing 60, 70 pushups at a time.”

Florida Atlantic was first to extend a scholarship to Wilson back in Oct. 2020 and Miami got it rolling with their scholarship in March of 2021. Alabama was in that April and by the time a dominant junior campaign wrapped up, Wilson had all the opportunities he was looking for.

“He’s actually taught me a different way to go about this,” Wilson’s dad said about the process. “I thought based on what you hear and see on social media, we need to go do this, or go do that, and he didn’t need to do that.”

Wilson hasn’t taken half as many visits as most other blue-chippers. He rather be around his teammates, around his coaches, in the weight room, at bible study or interacting with young kids in the community.

With that being said, he has found time to go out and see his top schools. He was at Alabama in January and in June and loves the program’s track record, and how serious the players within the facility are about their business. He had good experiences at Miami and Ohio State in April and returns to Columbus this weekend for his official visit tow watch the Buckeyes play Notre Dame in primetime. Larry Johnson’s lineage with defensive ends stands out regarding the Big Ten Powerhouse. Set to play in the All-American Bowl following his senior season, Wilson had a great experience at Georgia in June and certainly what Kirby Smart and his program did on the field last fall and then in the latest NFL Draft speaks volumes.

“All these programs are really good programs,” Wilson’s dad said. “It’s going to come down to where he feels most comfortable in spending his next three to four years.

“He doesn’t care about the spotlight. Even in this day of NIL, I said Damon to get some of the things that come along with that, it’s part of the process, you want to be relevant. We always taught him to think long term and don’t worry about the short term and if you do everything the right way, you’ll get the benefits. That’s the irony of that. Mindset wise he’s thinking more like a professional.”

Wilson has always carried himself like a professional as well.