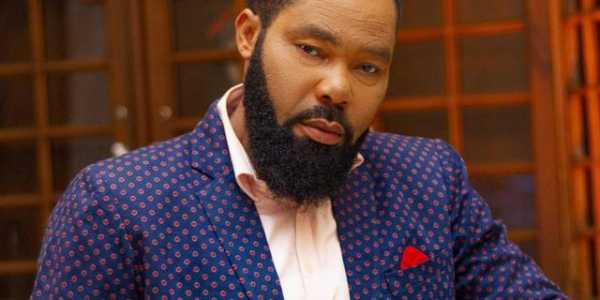 Embattled Nollywood actor, Moses Armstrong has broken his silence over an allegation that he raped a young lady.

Some weeks ago, the Akwa Ibom State Government charged the Nollywood actor with rape, intimidation, conspiracy and supplying of drugs or instruments to procure abortion.

The four charges were read to Mr Armstrong in a State High Court in Uyo for the first time since he was first arrested on June 13. The actor pleaded not guilty to the charges.

However, Moses Armstrong is out of custody after he was granted a bail of N5m by Judge Ntong Ntong.

Taking to his Facebook account, the embattled actor stressed that he is not a rapist. He further hinted that he is happy he went to prison as ‘God went with him.’

In his post, the actor stated that his experience in prison was ‘awesome’, and he will share his tale soon.

He wrote, “#NoOneButGod… Nothing Pass God… If you believe, you will receive. Nothing Pass God. I did not rape nobody… I don’t rape…
I have never raped… And I will never rape. I’m back stronger and better… I’m happy I went to prison, God went with me. The experience is awesome. You will hear it soon. Blessings to all of you Angels that believed in me. Love you all deeply. #ONELOVE #AkwaIbomFinest…” (sic)