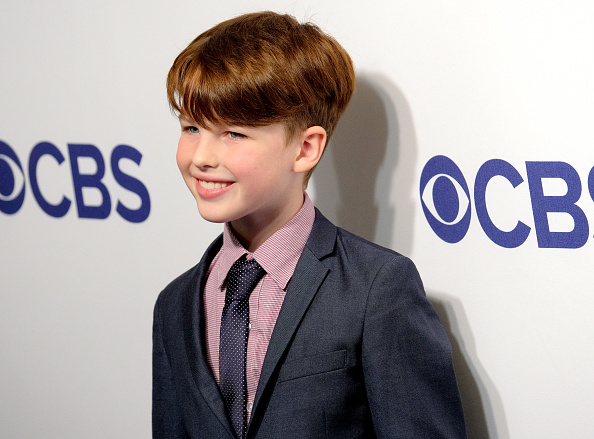 Iain Armitage is an American actor and theater critic who has a net worth of $6 million. Iain Armitage is best known for starring as the titular character on the CBS sitcom “Young Sheldon.” He also played Ziggy Chapman on the HBO drama series “Big Little Lies.” On the big screen, Armitage has appeared in such films as “The Glass Castle” and “I’m Not Here,” and lent his voice to the animated films “Scoob!” and “PAW Patrol- The Movie.”

Armitage first earned public recognition for his YouTube channel “Iain Loves Theatre,” which features his reviews of stage plays and musicals. His videos eventually drew the attention of people in the professional theater industry, including agents who were interested in signing him. This led to gigs at the Tony Awards in 2016 and 2017, where Armitage served as a correspondent to Perez Hilton.

Armitage appeared on television for the first time in 2014 in an episode of the hidden-camera reality show “Impractical Jokers.” Two years after that, he served as a guest judge on the variety series (*31*) In 2017, Armitage had his first acting role on television on the HBO drama series “Big Little Lies,” based on the eponymous novel by Liane Moriarty. Created and written by David E. Kelley, the show stars Reese Witherspoon, Nicole Kidman, Laura Dern, Shailene Woodley, and Zoë Kravitz, with Meryl Streep joining the main cast in the second season. On “Big Little Lies,” Armitage played Ziggy Chapman, the son of Woodley’s character Jane. After appearing in a recurring capacity in the show’s first season, he was promoted to a main role in season two. Armitage also appeared in a 2017 episode of “Law & Order- Special Victims Unit,” playing Theo Lachere, a young boy who has been kidnapped.

Armitage’s major breakthrough role came on the CBS sitcom “Young Sheldon,” a prequel to the sitcom “The Big Bang Theory.” He stars on the show as the child version of Sheldon Cooper, who was played as an adult by Jim Parsons on “The Big Bang Theory.” Narrated by Parsons, “Young Sheldon” focuses on the titular child prodigy as he comes of age and navigates family and social life in East Texas. The show also features Zoe Perry as Sheldon’s mother; Lance Barber as his father; and Montana Jordan and Raegan Revord as his siblings. Since its debut in 2017, “Young Sheldon” has been a significant hit for CBS. The series also garnered Armitage a Young Artist Award, as well as nominations from the Kids’, Teen, and Critics’ Choice Awards.

In 2018, Armitage appeared as Young Sheldon Cooper in an episode of (*30*) showing up on a videotape watched by the older Sheldon. The same year, he served as a video clue giver on six episodes of the game show “Jeopardy!” Later, in 2020, Armitage was a guest panelist on the game show “Nickelodeon’s Unfiltered,” and also appeared as himself on the Nickelodeon reality show “Group Chat.”

In 2017, the same year as his television breakthroughs on “Big Little Lies” and “Young Sheldon,” Armitage made his debut on the big screen. He appeared in three films that year. The first was the biographical drama “The Glass Castle,” based on the eponymous best-selling memoir by Jeannette Walls about her childhood growing up in poverty. The film stars Brie Larson, Naomi Watts, Woody Harrelson, Sarah Snook, and Josh Caras, among others. Next, Armitage appeared in the Netflix romantic drama “Our Souls at Night,” starring Robert Redford and Jane Fonda. He played Jamie Moore, the grandson of Fonda’s character Addie. Armitage’s final film of 2017 was “I’m Not Here,” in which he played the child version of J.K. Simmons’ main character.

Three years after his big year in 2017, Armitage lent his voice to the animated mystery comedy “Scoob!,” a reboot of the theatrical “Scooby-Doo” franchise. He voiced the young Shaggy Rogers, with Will Forte providing the adult voice. Other members of the voice cast include Frank Welker, Mark Wahlberg, Jason Isaacs, Gina Rodriguez, Zac Efron, and Amanda Seyfried. Armitage subsequently took on another voice-acting role in 2021, voicing German shepherd Chase in the animated action comedy (*22*) based on the children’s television series.