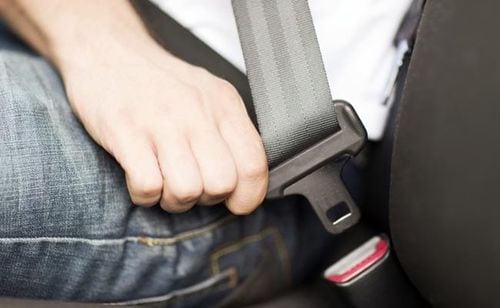 The devices were priced at under 249 rupees.

Although the sale of metal clips is not illegal, such devices and broader road safety issues have come under scrutiny after the death of Indian businessman Cyrus Mistry in a car accident over the weekend.

Local media reported that Mistry was not wearing a seat belt, reigniting the road safety debate in the world’s fourth-largest auto market.

In an interview in which Mr. Gadkari discussed the planned safety measures, the minister said metal clips available on Amazon are being inserted into seat belt slots to bypass an alarm that usually keeps calling when seat belts are not used while driving a vehicle.

“People are buying clips from Amazon to avoid wearing seat belts,” Gadkari said. “We have sent a notice to Amazon to stop[selling these].”

Amazon did not immediately respond to an email for comment.

Mr. Gadkari said car accidents killed about 150,000 people in India in 2021. The World Bank said last year that India records a death on its roads every four minutes.

The Amazon India website on Wednesday contained several listings of small metal clips that were described as products that can “eliminate” seat belt alarms across different car makes and models. The devices were priced at less than 249 rupees ($3.12).