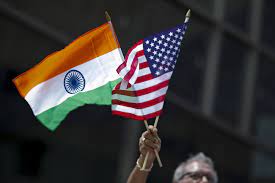 India and the US will “very soon” hold the next ministerial-level meeting of the Trade Policy Forum (TPF) in America to discuss ways to boost trade and investment between the two countries.

India and the United States held the 12th TPF in New Delhi on November 23 last year.

The Forum is an interagency collaboration led by the United States Trade Representative (USTR).

It is the main trade dialogue between the two countries. It has five focus groups- agriculture, investment, innovation and creativity (intellectual property rights), services, and tariff and non-tariff barriers.

“We will be having our next Trade Policy Forum very soon in the US and at the TPF we hope to add more achievements and newer areas of engagement being discussed, for which both teams have been tasked to begin engaging with each other,” Goyal told reporters here.

The minister held a bilateral meeting here with the office of US Trade Representative Catherine Taye and US Commerce Secretary Gina Raimondo.

When the Indian minister was asked about restoring trade benefits under the United States’ Generalized System of Preferences (GSP) program, he said, “I don’t think this is a problem anymore. None of our exports have been affected by the GSP. So I think this is not a problem; we have discussed it recently. recent, including today.”

Speaking about other meetings, the minister said he discussed ways to increase trade and economic ties with his counterparts from Vietnam and Japan.

“Areas of mutual interest were discussed, especially with the aim of expanding our exports to these two countries,” Goyal said, adding that there is huge potential, especially with Japan to further expand bilateral trade. PTI JD ANU