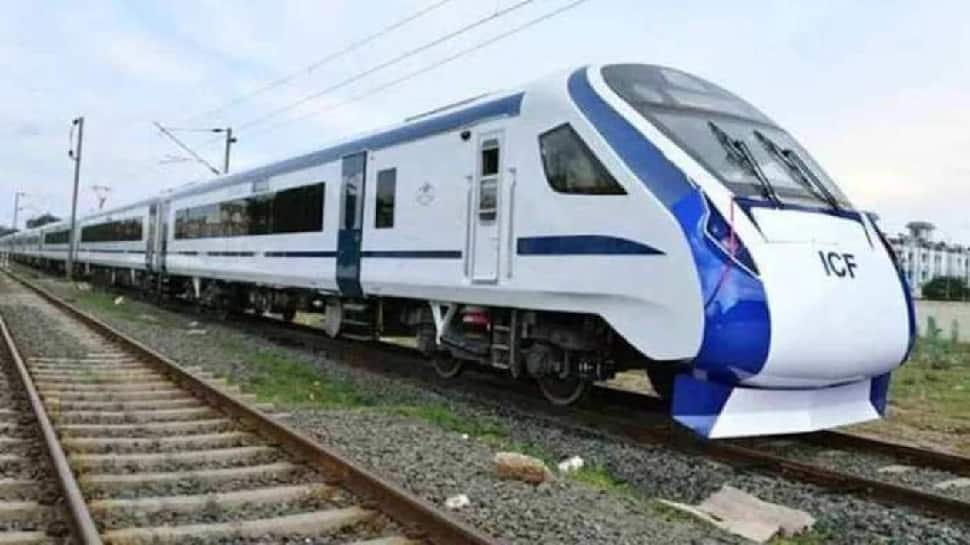 The third Vande Bharat train, which has completed its trial and is commercially viable, will reach the track very soon. The third Vande Bharat train will go from 0-100 km/h in 52 seconds compared to the previous version which achieved the same speed in 54.6 seconds. Railways Minister Ashwini Vaishnau said the railways’ goal is to start regular production of Vande Bharat trains from October with the manufacture of two to three trains per month, to five to eight in the coming months. The railways set a target to manufacture 75 such trains by August 2023. The newest train has completed all its trials and is ready for commercial operation.

Sources said it is likely to run between Mumbai and Ahmedabad and will be officially launched later this month. Vaishnau said at a press conference that the new train comes with many advanced features. He also said that the weight of the new train was reduced by 38 tons, which contributed to its faster acceleration.

This brings the speed of the new train to 160 kilometers per hour in 130 seconds, while the speed of the older version reaches 146 seconds. “We will now start serial production…testing completed…the goal is that by October we can start regular production… 2-3 trains every month, and then move it to 5 and 8,” Vaishnau said, adding that most of these trains will be Manufactured in Integral Coach Factory, Chennai.

Read Also:   There are no current plans to start manufacturing in India, says Intel

The new train will have more amenities for passengers. It will have a three-hour battery backup, while reducing the weight from 430 tons to 290 tons. The ride index, an indicator of ride comfort, has been increased to 3.2.

The minister said the train will also have on-demand wifi-enabled content and will come with 32-inch LCD TVs, an improvement over the 24-inch in previous versions. It is said that 15 percent energy-efficient air conditioners combined with clean, dust-free air cooling for the traction motor will make traveling more comfortable in the latest version.

Side-lounge facilities for Premium Class passengers will now be available for all classes. In the new train design, a photovoltaic ultraviolet air purification system was installed in a ceiling-mounted package unit (RMPU) to purify the air.

As per the recommendation of Central Scientific Instrumentation Organization (CSIO), Chandigarh, this system is designed and installed at both ends of the RMPU to filter and purify the air from germs, bacteria, viruses, etc.