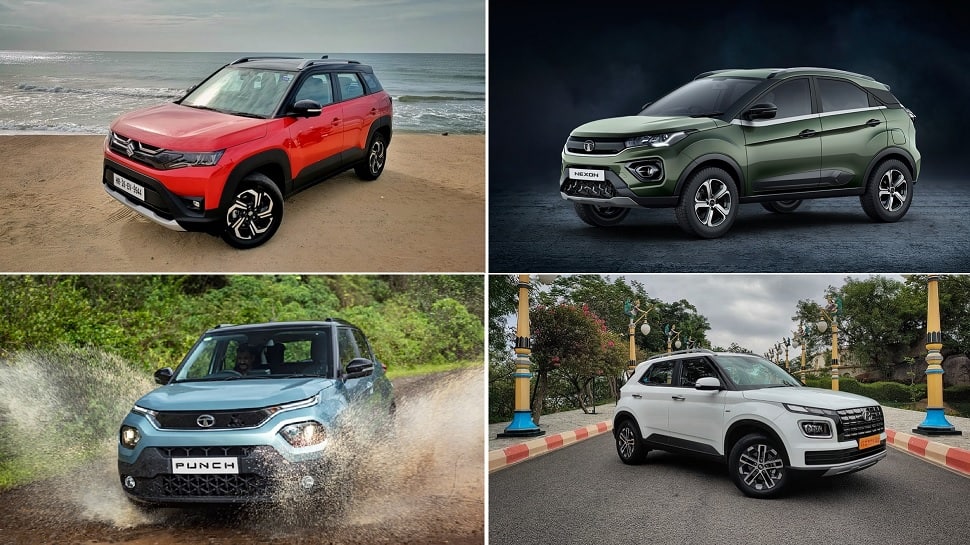 Indian roads are now filled with SUVs of various sizes, shapes, and seating capabilities. The demand for this chassis is so high in the Indian market that automakers are now launching multiple products in the same price category to appeal to even the smallest customer base. Also, compact SUVs and mid-size SUVs have raised expectations in terms of practicality and consumer demand. Well, we’ve curated a list to reveal the 5 best selling SUVs in the country for the month of August. The list includes the likes of the Hyundai Creta and Tata Nexon, but a slight change in ranking was noted this month.

The Tata Nexon has moved down to become the second-highest-selling SUV in the country with sales of 15,085 units. The original compact SUV posted a 51 percent year-over-year growth for the past month. Also, the brand recently launched a Jet version of the SUV in the country, which comes with a new two-tone paint scheme along with a revamped interior.

Hyundai Creta is undoubtedly the best-selling model of the South Korean brand in the Indian market. It is loved for the design, interior space, feature list, and multiple engine and gearbox combinations. Creta recorded sales of 12,577 units in August of this year. With zero percent annual growth, however, the brand retailed roughly the same amount of Keritas on the market last year.

A total of 12,006 units of Tata Punch were sold in the country last month. The Punch is a consistent seller, and it continues to put Tata Motors against Hyundai for second place in the Indian market. The SUV is for sale with a 1.2L NA petrol engine that can be paired with either a 5-speed MT or AMT engine.

The Hyundai Venue recently received a mid-cycle update, and it appears to be doing well for a compact SUV as it ranks fifth as the best-selling SUV in the country with sales of 11,240 units in August of this year. Thus, the Hyundai Venue posted an annual increase of 34 percent. In addition, a modified version of the SUV was launched in the country called Hyundai Venue N Line, which is expected to bring numbers to the fore.