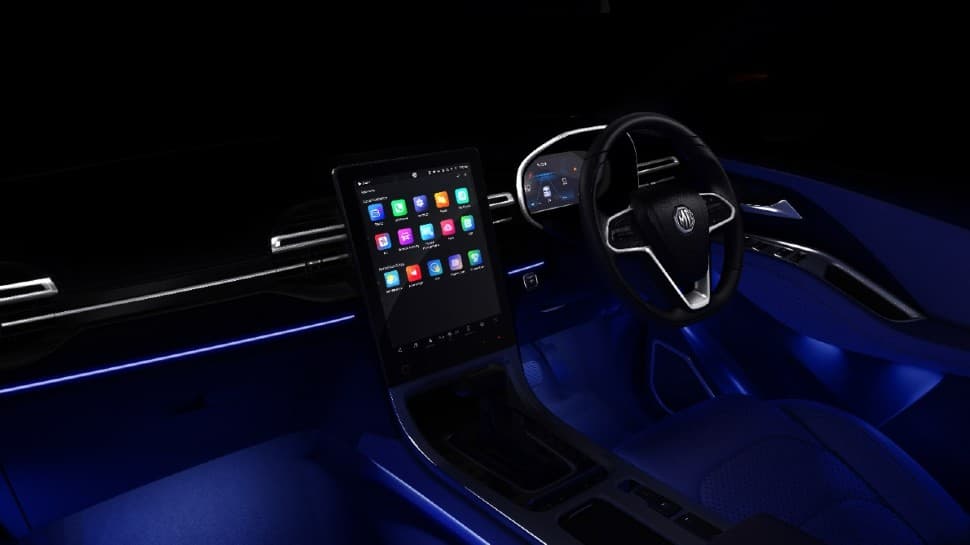 MG Motor India is preparing to launch the 2022 MG Hector SUV in the country. However, prior to the launch, the automaker was teasing the next generation of SUVs to increase the hype among potential consumers. Earlier, the automaker offered some hints about the SUV’s exterior design, and now it has revealed the interiors of the next generation of MG Hector. The unveiling of the soon-to-be-launched new MG Hector follows a modern approach, envisioned as a “symphony of luxury” using handcrafted materials, a soft-touch feel and an on-demand versatility.

The cabin of Hector’s next generation is designed to exude a luxurious ambiance with a two-tone interior in white and black oak and rich brushed metal finishes, accentuated by the cockpit-like console. The all-new instrument panel is designed with horizontal stripes that run across the door panel and create space in the front cabin surrounded by two wings when combined with a leather cover. Moreover, it is also chrome trim on the air conditioner vents.

Meanwhile, MG India has confirmed that the MG Hector 2022 will be equipped with India’s largest 14-inch HD infotainment system powered by next-generation i-SMART technology, which it claims delivers a responsive, accurate and smooth experience. This also provides intelligent and personalized interaction. Hector’s next generation will also feature Android Auto, Wireless Apple Car Play for added convenience, and a fully configurable 7-inch digital suite that provides a wide field of view and an immersive virtual screen.

As it turns out, many changes can be seen in the next generation version of the SUV. However, the car’s powertrain is expected to remain the same. Although there is no official update on the release date of the 2022 MG Hector model, speculation is that the SUV will hit the Indian market by next month. Given the upgrades, the new MG price range is expected to be slightly higher compared to the current model.