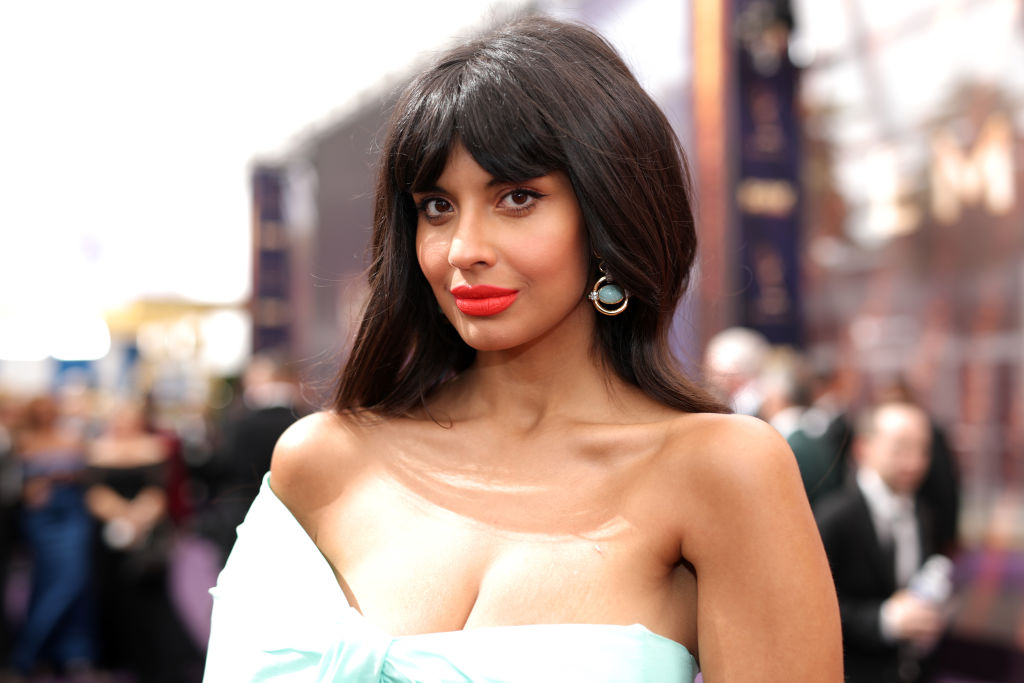 What is Jameela Jamil’s Net Worth?

Jameela Jamil is an English presenter, actress, model, and activist, best known for playing Tahani Al-Jamil on the NBC fantasy comedy television series “The Good Place.” Before that, she got her start in the UK as a host on Britain’s Channel 4, and then on BBC Radio 1. Jamil’s other credits have included the Disney+ streaming series “She-Hulk- Attorney at Law,” on which she plays the supervillain Titania.

Jameela Jamil was born on February 25, 1986 in London, England to Pakistani father Ali and Pakistani-British mother Shireen. Growing up, she dealt with a number of health struggles, including congenital hearing loss and coeliac disease. As a teenager, Jamil was diagnosed with anorexia nervosa; she also suffered broken bones after being hit by a car when she was 17. She credits the accident with helping her to recover from anorexia. However, the accident also prevented her from completing her studies at Queen’s College.

Although she didn’t finish her schooling, Jamil taught English to international students for two years at the Callan School of English in London. During this time, in 2008, she was approached by a producer at a bar and was offered an audition to become a television presenter. She went on to appear on the British channel E4 before landing a gig hosting the youth slot on Channel 4. In 2010, she presented the online fashion advice show “The Closet” and began working as a DJ at events. Subsequently, from 2011 to 2014, Jamil penned a column for the women’s magazine Company. It was during that time that she also began hosting the reality television show “Playing it Straight,” as well as the BBC Radio 1 shows “The Official Chart” and “The Official Chart Update.” Significantly, this made Jamil the first-ever solo female presenter of the music chart show on BBC Radio 1.

In 2016, Jamil moved to Los Angeles, California to become a screenwriter. While working at 3 Arts Entertainment, she was told by her agents that television producer Michael Schur was searching for a British actress to star in his upcoming comedy series, “The Good Place.” Jamil went to the audition and ended up winning the role of Tahani Al-Jamil, a wealthy, deceased philanthropist and model with a penchant for name-dropping. She remained on the highly acclaimed show for all four of its seasons through 2020.

Jamil continued to host during her years on “The Good Place.” In 2018, she presented a recurring segment on the late-night series “Last Call with Carson Daly,” and in 2019 began hosting the TBS game show “The Misery Index.” In 2020, Jamil started serving as a judge on the HBO Max voguing reality competition series “Legendary.”

On the big screen, Jamil made her debut in the 2019 coming-of-age comedy “How to Build a Girl,” in which she played an imagined version of Egyptian queen Cleopatra. Jamil next appeared in two 2022 films- the romantic dramedy “Marry Me” and the animated superhero comedy “DC League of Super-Pets,” in which she voiced Wonder Woman.

As a model, Jamil graced her first American magazine cover on the February 2018 issue of the Cut. Two years later, she posed fully clothed for Playboy wearing a suit and tie.

Much of Jamil’s activism has been focused on issues of body positivity and inclusivity. In 2015, she launched the events and membership company Why Not People?, which hosts live entertainment that’s accessible to those with disabilities. Further, Jamil has been vocal in her criticism of the unrealistic body standards promoted by celebrities and the mass media, and called upon social media networks to ban the advertisement of dangerous diet products on their platforms. In 2020, she launched her own podcast called “I Weigh with Jameela Jamil,” which champions body positivity and the accomplishments of women.

In regard to charity, Jamil has supported such groups as the Cultural Learning Alliance and the Vinspired National Awards. Additionally, she has raised money for Childline and Comic Relief.

Jamil began dating singer-songwriter James Blake in 2015. She has contributed to the production of his albums “Assume Form” and “Friends That Break Your Heart.” Jamil identifies as queer.

Jamil has been open about her mental health struggles with anxiety and depression, and has admitted to attempting suicide on multiple occasions. She has talked about undergoing therapy to treat her PTSD.