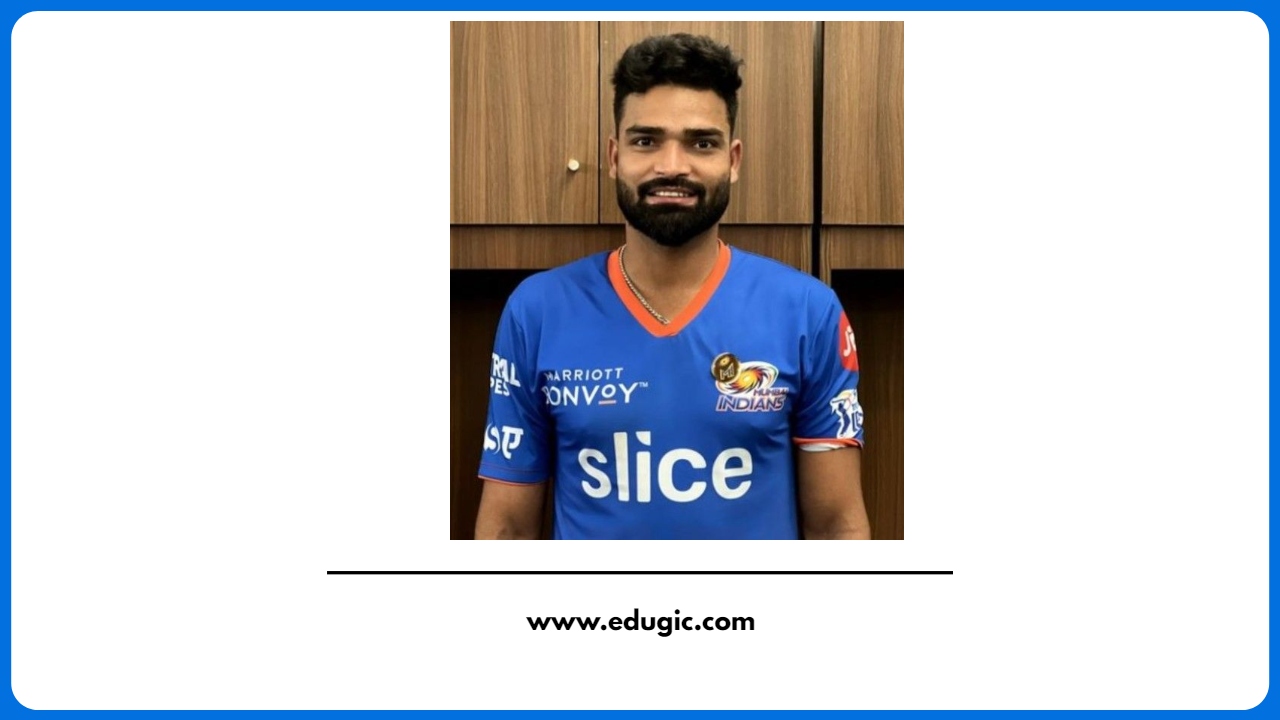 Kumar Kartikeya is an Indian cricketer who is known for replacing Arshad Khan in Mumbai Indians for the 2022 Indian Premier League (IPL).

Karthikeya’s father’s name is Shyam Nath Singh, who is a police officer.

His mother’s name is Sunita Singh, who is a homemaker.

He has one brother.

Kumar Kartikeya with his brother

Kumar Karthikeya started his profession by playing division cricket. In 2016, he won the man of the match in a club match between LB Shastri Club and ONGC.

Kumar Kartikeya during the Ranji Trophy

On 2 March 2019, he played a T20 match against Sikkim at Indore in the 2018–19 Syed Mushtaq Ali Trophy. In April 2022, he was bought by the Mumbai Indians as a replacement for Arshad Khan in the 2022 Indian Premier League (IPL). In an interview, Mumbai Indians talked about Kartikeya and said,

Kartikeya is a slow left-arm bowler and has represented MP across all three formats of the game since making his debut in 2018. Kumar Kartikeya has been impressive in the nets and his learning trajectory on improving and fine-tuning his bowling skills have earned him the call up to the main squad.”

Kumar Kartikeya during an IPL match