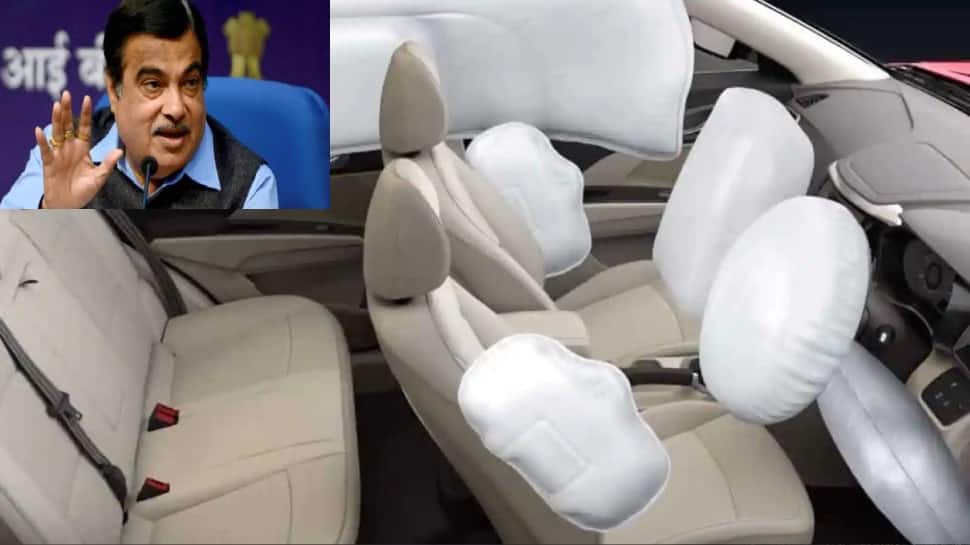 To avoid fatal accidents on the roads, the government is doing everything in its power to reduce road accidents. After making rear seat belts mandatory, the government is now planning to make 6 airbags mandatory in eight-seater vehicles. Union Minister for Roads, Transport and Highways, Nitin Gadkari recently stated that the government is trying to compel automakers to provide at least six airbags in eight-seater vehicles to enhance passenger safety from October. Earlier this year, the Department of Road Transportation and Highways (MoRTH) announced to enhance vehicle occupant safety against side impacts, it was decided to enhance safety features through the Central Motor Vehicle Rules Amendment (CMVR), 1989.

“A draft notice issued on January 14, 2022, states that M1 vehicles manufactured after October 1, 2022, must be equipped with side/trunk airbags, one for all persons in the front row outdoor seating position. and two side airbags /tube, one for each person occupying outdoor seating.”

Asked if the government would make at least six airbags mandatory in vehicles carrying eight passengers from October this year, he said, “Koshch Toh Hai (we are trying)”. An airbag is a vehicle occupant restraint system that interferes between the driver and the vehicle’s dashboard during a collision, thus preventing serious injuries.

According to data from the National Crime Records Bureau (NCRB), more than 1.55 thousand lives were lost in road accidents across India in 2021 – averaging 426 per day or 18 per hour – the highest death numbers recorded in any calendar year. far. According to the report titled ‘Road Accidents in India – 2020’, more than 11 percent of deaths and injuries were caused by the failure to use seat belts.

Last year, Gadkari said in an interview that small cars, which are mostly bought by members of the lower middle class, should also have an appropriate number of airbags and he wondered why automakers only provide eight airbags in large cars bought by the wealthy.

His comments came against the backdrop of the auto industry raising concerns that higher taxes and stricter vehicle safety and emissions standards are making its products too expensive.

Mostly, members of the lower middle class buy small economy cars, and “if their car doesn’t have airbags and when accidents happen, it can lead to fatalities. Therefore, I appeal to all car manufacturers to provide at least six airbags across all types and parts of the car” .