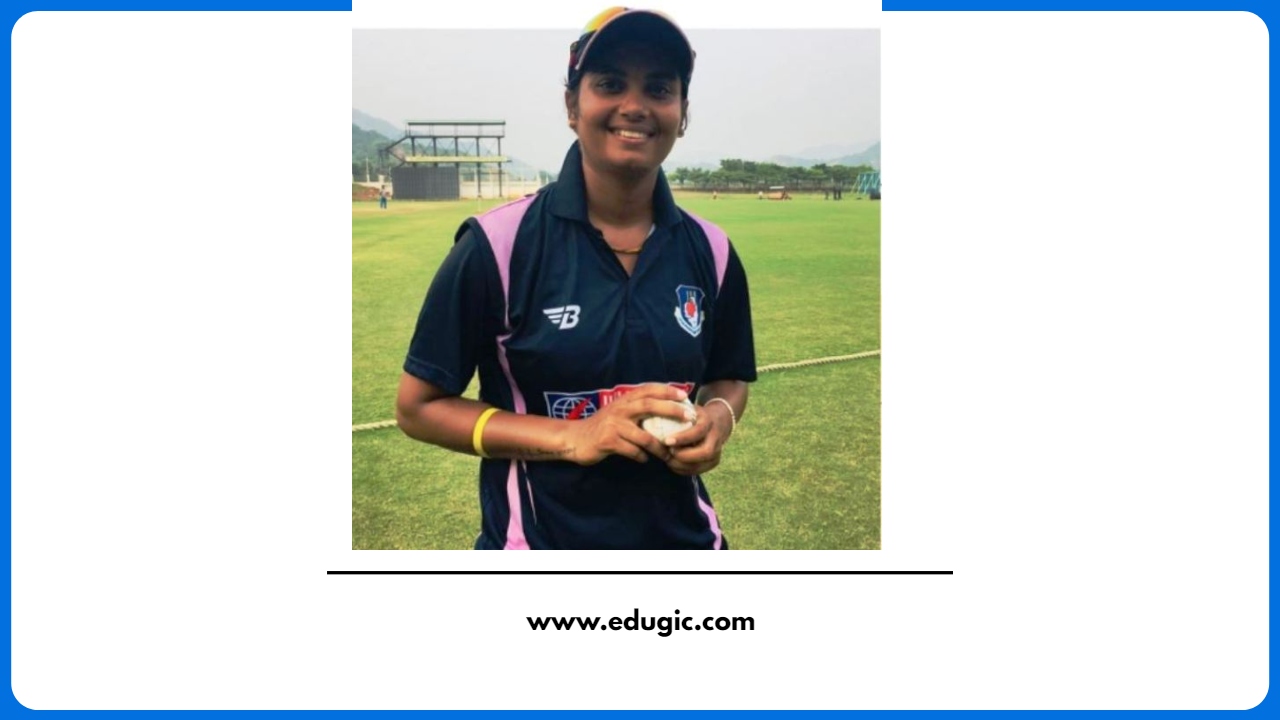 Meghna Singh is an Indian cricketer, who plays for the Indian Railways women’s cricket team. She is known for her right-arm-medium bowling.

Meghna Singh was born on Saturday, 18 June 1994 (age 28 years; as of 2022) in Bijnor, Uttar Pradesh. Her zodiac sign is Gemini. She grew up playing cricket with the children of her locality in Uttar Pradesh. In an interview, her mother revealed,

She used to be the only girl playing with boys in our area.”

In 2007, she started taking professional training from Lakshyaraj Tyagi, who is known for producing various Ranji Trophy players for Uttar Pradesh. In an interview, her coach expressed his views on Meghna’s skill and her dedication. He said,

Her passion for the sport was amazing when she came to me for the first time in 2007 along with her father. She would come to the stadium daily in both sessions without a break. In fact, I was surprised (when I saw) Meghna’s style of gripping the red cherry for the first time. Though her early deliveries at the nets were wayward due to prodigious swing, soon she was on target. On the first day of training, batters were hardly able to play the ball,”

Meghna Singh enjoying by the poolside

Meghna Singh is the daughter of Vijay Veer Singh, who is a security guard at Dwarikesh Sugar Industries in Bareilly, and Reena Singh, who is an ASHA (Accredited Social Health Activist) worker. She has three younger sisters including Garima Singh and Pratiksha Singh.

Her grandfather, Prem Pal Singh, is a retired sub-inspector with UP Police. Her grandmother’s name is Asha Thakur.

Meghna is a right-arm medium pacer. During her struggling years, she received a job opportunity as a booking clerk in Muradabad Railways. During her stay at the Railway’s stadiums, she took time in honing her skills. Being an outswing bowler, she caught the attention of the selectors in the Women’s Senior T20 Trophy 2019-20, when she picked 4 wickets and helped the Uttar Pradesh team to qualify for the semifinals of the tournament. By the end of the tournament, she had a total of 10 wickets under her name. According to her coach, Meghna is a useful batter as well. In an interview, he said,

She bowls a good length and that entices batters to go for strokes, they ordinarily wouldn’t. Besides this, she is a useful batter, who can hold together an innings in the lower order and can increase the tempo too. Her performances in the Senior Women’s One Day Challenger Trophy were examples of this,”

In August 2021, she earned her maiden call-up to the India women’s cricket team against Australia. She was also named in India’s squad for the one-off women’s Test match. She made her international debut in an ODI match against Australia in September 2021 in which she finished with figures of 6-0-27-0. She took her first international wicket in her second ODI by dismissing Australian captain Meg Lanning; however, she remained wicketless with an economy of 6 in the third ODI. Later, she played for the Railways team in the Women’s Senior One Day Trophy 2021.

She made her Women’s One Day International (WODI) debut on 21 September 2021 for India against Australia. She took 2 crucial wickets in the final match which led her team to victory.

She made her Test debut on 30 September 2021 against Women Australia. In an interview, her coach said,

It’s the best opportunity for her to make her presence felt and stake a claim for a berth in the Indian team… She has the ability. I am sure she will come up with a good show in Australia.”

In January 2022, she was named in India’s team for the 2022 Women’s Cricket World Cup in New Zealand, and she was also named in India’s Women’s Twenty20 International (WT20I) squad for their one-off match against New Zealand. Speaking about her daughters’ accomplishments in an interview, Meghna’s mother said,

Even during the series against New Zealand preceding the World Cup, we all woke up at odd hours to watch every match”

We hope to see her bowling alongside Jhulan Goswami in the opening match against Pakistan on Sunday.”