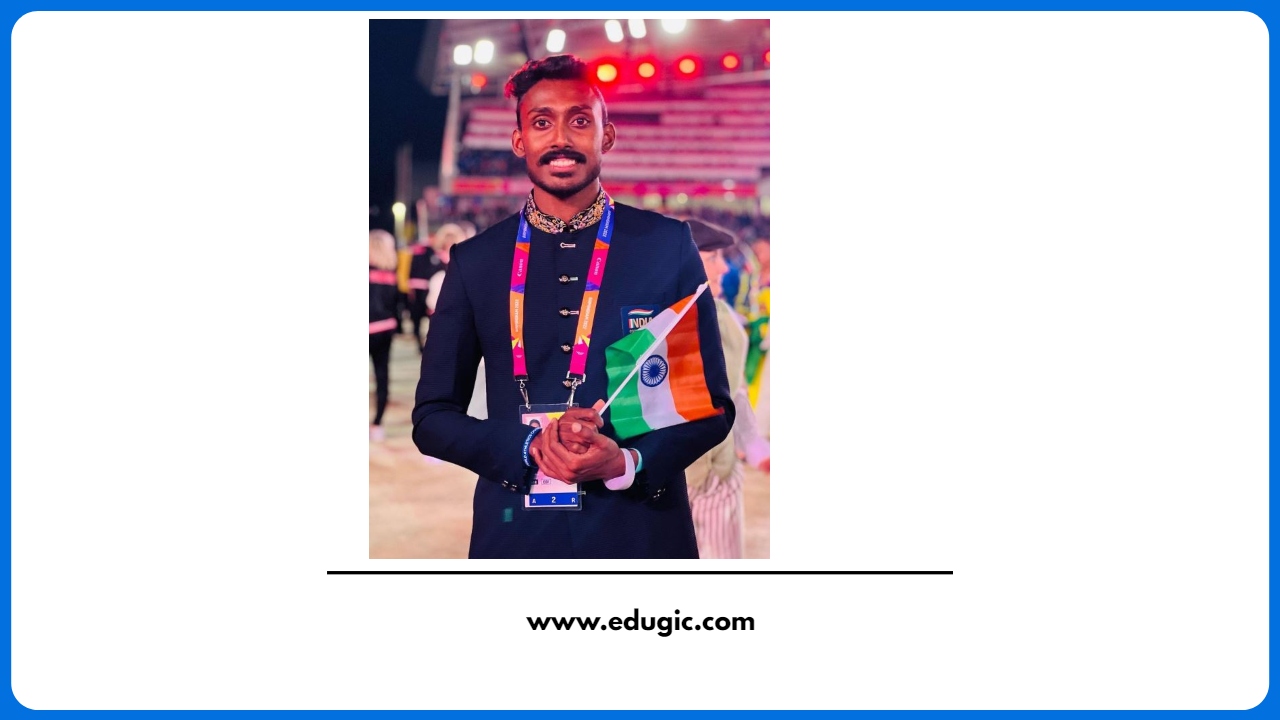 Muhammed Anees Yahiya is an Indian long jump athlete. In the 2022 Birmingham Commonwealth Games, he ranked 5th in the finals of the long jump competition after a jump of 7.97m.

Muhammed Anees Yahiya was born on Sunday, 3 December 1995 (age 26 years; as of 2022) in Nilamel, Kerala, India. His zodiac sign is Sagittarius. He studied at AKM Higher Secondary School, Mylapore, Kerala. Anees competed in the long jump competition at the 2017 World University Games.

Anees Yahiya belongs to a Muslim family in Nilamel, Kerala.

His father, Yahiya, who passed away, used to work in Saudi Arabia. His mother’s name is Sheena. He has an elder brother named Muhammed Anas Yahiya, who is a professional athlete (sprinter).

Anees with his mother and elder brother, Anas

Anees with his elder brother, Anas, at the World Athletics Championships 2022

He grabbed the first position in 300 metres in Rieter atletický mítink competetion in Ustí Nad Orlicí, Czech Republic on 17 August 2019.

On 11 July 2016, he finished sixth in the triple jump at Indian Grand Prix 4 that took place in Bengaluru. The first international competition in which he took part in the long jump was the Universiade competition held in Taipei City, Taiwan in August 2017. On 25 February 2021, he participated in Indian Grand Prix 2, Patiala and finished third in the competition. On 28 June 2021, he participated in the National Inter State Senior Athletics Championship, Patiala and won the first position in the long jump. In March 2022, he achieved the second position in Indian Open Jumps Competitions, Thiruvanthapuram.

On 24 May 2022, he won the first position in Indian Grand Prix 4 held in Bhubaneshwar, Odisha. He participated in the National Inter State Senior Athletics Championship held in Chennai on 10 & 11 June 2022 and finished second in both events. He placed first in the XXXII Qosanov Memorial, Almaty held on 25 June 2022.

On 24 May 2022, at the closing ceremony of the Indian Grand Prix 4 in Odisha, Anees was awarded the Best Male Athlete by Secretary to CM (5T) Sri VK Pandian.

Anees posing while sitting on his bike