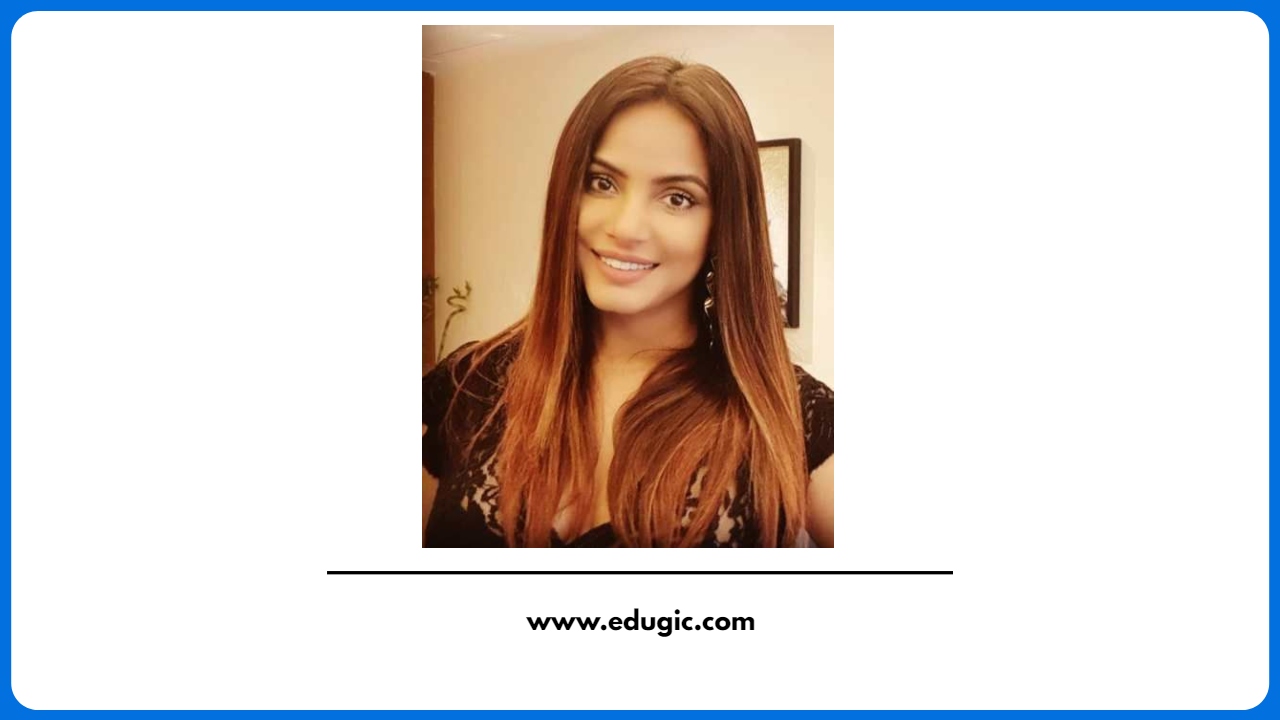 Neetu Chandra is an Indian actress, sportsperson, theatre artist, and producer who primarily appears in Bollywood and Tamil films. She is well-known for her appearance in the Bollywood films Garam Masala as Sweety (2015) and Traffic Signal as Rani (2007).

Neetu’s father’s name is Umesh Chandra Shrivastava. He passed away in 2009 after battling cancer.

Childhood picture of Neetu Chandra with her father

Her mother’s name is Neera Chandra.

Neetu Chandra with her mother

Neetu has two brothers, Nitin Chandra and Abhishek Chandra. Nitin is a film director, while Abhishek is a fashion designer.

In 2010, it was rumoured that Neetu Chandra was in a relationship with actor Randeep Hooda.

Reportedly, after dating for almost six years, the couple parted ways and called off their relationship. In an interview, Neetu talked about her break-up with Randeep and said,

See, when you’re in a relationship, you cannot just talk about the whole relationship because there’s another person involved. Also, I don’t feel comfortable enough to discuss my personal life. I feel that my work will not be spoken about. As it is, I choose to do quality work which comes lesser. But, I would always say that even in my relationship in the past, I have learnt a lot.

In 1997, Neetu represented India in the World Taekwondo Championship held in Hong Kong. She has participated in various martial arts tournaments at the district, national, as well as international levels. In 2012, Neetu Chandra became the first Bollywood actress to get a Taekwondo second dan black belt from Grandmaster Jimmy R Jagtiani, who is known as the Fathers Name of Taekwondo in India.

Neetu is a state-level basketball player, and she has represented Maharashtra in an All-Star Basketball Championship, which was played at the national level in April 2011.

In 2003, Neetu Chandra made her acting debut with the Telugu film Vishnu in which she played the role of Teju.

In 2005, Neetu made her debut in Bollywood with the film Garam Masala alongside Akshay Kumar and John Abraham in which she played the role of Sweety.

In 2008, Neetu played the role of Sonal in the Bollywood film Oye Lucky! Lucky Oye!. In 2009, she made her Tamil debut with the film Yavarum Nalam as Priya Manohar.

In 2011, Neetu made her Bhojpuri debut with a special appearance in the film Deswa.

Neetu is known for her role as Rani Sampatha in the Tamil film Aadhi Baghavan (2013). In 2016, she made her Greek debut with the film Block 12 in which she played the role of an Indian goddess.

In 2021, Neetu made her Hollywood debut with the film Never Back Down: Revolt in which she played the role of Jaya.

In 2017, Neetu Chandra made her debut on television with the show Rangoli in which she appeared as the host on DD National.

Neetu Chandra owns a production house, Champaran Talkies. She has produced two films, Deswa and Mithila Makhaan. Deswa is a Bhojpuri film, while Mithila Makhaan is a Maithili language film; both the films are directed by her brother, Nitin Chandra.

In 2009, while shooting for her Telugu film Satyameva Jayate in Hyderabad, Neetu Chandra, accused her co-actor Rajasekhar of threatening and screaming at her. She claimed that Rajasekhar came drunk on the sets of the film and carried a licensed revolver. Later, Neetu filed a case against him with the Human Rights and Women’s Rights Commission. However, his spouse Jeevitha denied the allegations and accused Neetu of being unprofessional on the sets. [3]Bangalore Mirror jQuery(‘#footnote_plugin_tooltip_112086_18_3’).tooltip({ tip: ‘#footnote_plugin_tooltip_text_112086_18_3’, tipClass: ‘footnote_tooltip’, effect: ‘fade’, predelay: 0, fadeInSpeed: 200, delay: 400, fadeOutSpeed: 200, position: ‘top right’, relative: true, offset: [0, 0], });

In 2010, Neetu was accused of being involved in cricket match-fixing and was linked to Pakistani bowler Mohammad Asif of spot-fixing allegations. The call records of Asif were scanned by Interpol and Scotland Yard, which claimed that Neetu had made two phone calls and exchanged suspicious messages with Asif. Later, in an interview, Neetu denied the allegation against her and said,

I haven’t watched a single cricket match throughout my lifetime. I am not a cricketer. I am a basketball player. There is absolutely no base for whatever is being spoken about me. There are hundreds and crores of people who know me… my fans do call me… I don’t know where they are and with whom they are connected.” [4]The Indian Express jQuery(‘#footnote_plugin_tooltip_112086_18_4’).tooltip({ tip: ‘#footnote_plugin_tooltip_text_112086_18_4’, tipClass: ‘footnote_tooltip’, effect: ‘fade’, predelay: 0, fadeInSpeed: 200, delay: 400, fadeOutSpeed: 200, position: ‘top right’, relative: true, offset: [0, 0], });

Offered to become a ‘salaried spouse’

In 2022, Neetu Chandra revealed in an interview that she was offered by a businessman to become his salaried spouse on a monthly compensation of Rs 25 lakhs. Further, she said,

Read Also:   Sarah Palin Makes More Money From Cameo Than She Would Have As A Member Of Congress

So disappointed @S1dharthM some1who is so fortunate 2 work wd d best. Who despite being an outsider has made a name 4 himself,4 U 2 use ur words so loosely.2 disrespect #Bhojpuri on national TV. SHOCKED! How on earth does speaking in #Bhojpuri gives u a latrine feeling.Shame on U pic.twitter.com/dQqarHZRqM

I recently tried speaking a new language while I was on a TV show. In the process if I inadvertently hurt anyone’s feelings or sentiments, I apologise and assure you that no disrespect was meant in any way.