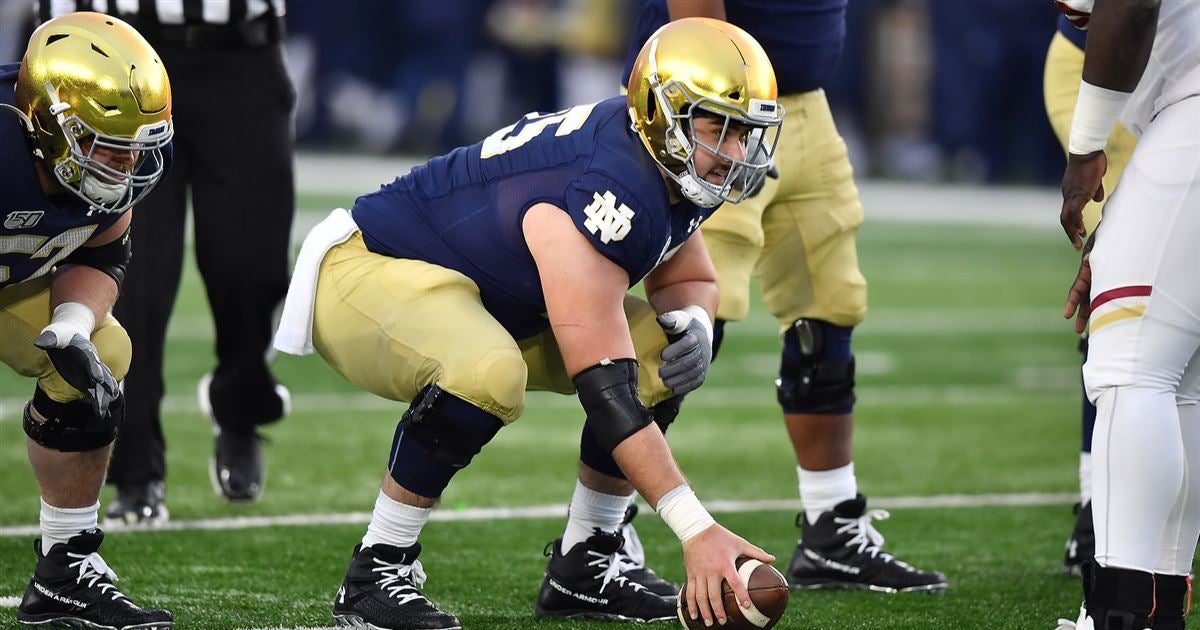 No. 5 Notre Dame could be without at least one important player for the team’s trip to Ohio Stadium on Saturday night. The Fighting Irish released the team’s depth chart for the game against No. 2 Ohio State on Monday morning and two players who were previously considered questionable for this marquee contest were listed as starters.

Both offensive lineman Jarrett Patterson and linebacker Marist Liufau missed time during fall camp but both could play against the Buckeyes. Head coach Marcus Freeman, however, felt better about the chances for Liufau than he did about Patterson being ready to go in Week 1.

“Marist is probably,” Freeman updated during his weekly press conference at the Notre Dame Stadium media room on Monday afternoon. (*4*)

Patterson, a fifth-year senior, was the team’s starting center and a captain a year ago. For his career, Patterson has made 34 starts on the Irish offensive line, never allowing a sack, and was named third-team All-American by Phil Steele and was on the 2022 Rimington, Outland and Lombardi watch lists.

Despite being listed as Notre Dame’s starting left guard on the depth chart, Patterson has been dealing with a right foot sprain. He was seen wearing a hard cast and then a protective boot when media members were permitted to watch practice. Sophomore Rocco Spindler is listed as Patterson’s backup at left guard.

Freeman stressed that the Irish will need to be able to run the ball and keep Ohio State’s offense off the field on Saturday night. If Patterson is out, that becomes more difficult for Notre Dame.

On the other side of the ball, the return of Liufau will be important for the Irish. The linebacker missed all of last season with a broken ankle and missed time during fall camp as well. A fourth-year junior, Liufau played 10 times and started three games two years ago, making 22 tackles and 0.5 sacks.

Listed as the starting Will linebacker, Liufau will be a key part in Notre Dame attempting to stop the Buckeyes’ rushing attack.