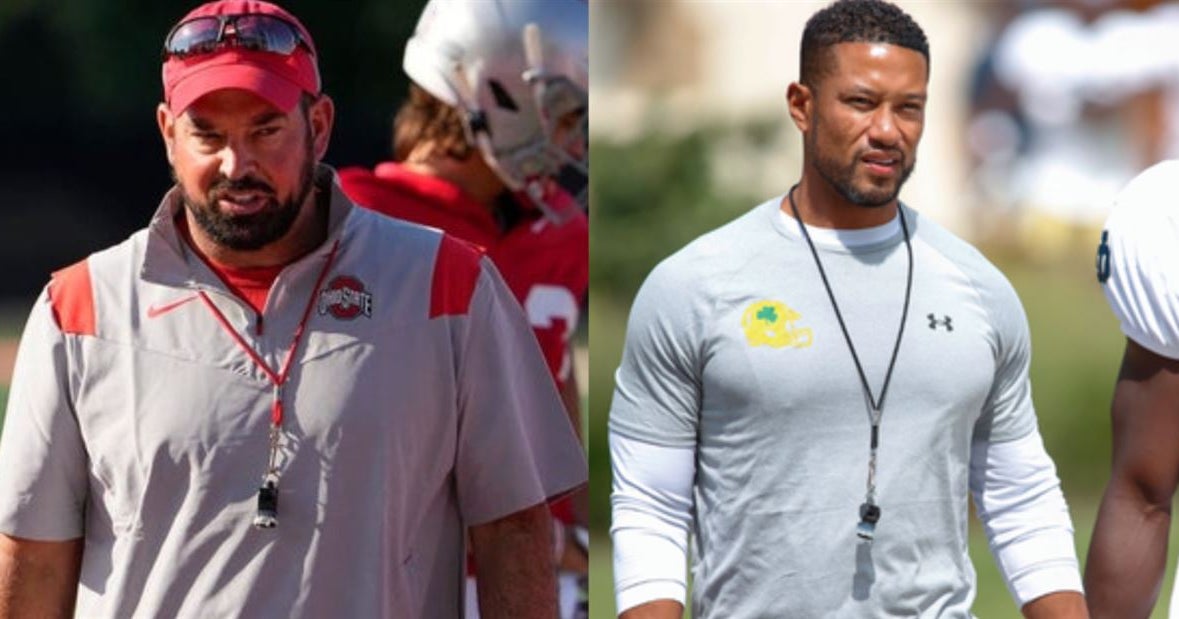 In addition to not having a chance to go against a different opponent in the preseason, this also means teams have little to no information on their opening week opponent. For a program like Ohio State, this usually isn’t a big deal, as the Buckeyes often face an overmatched foe in Week 1. But that is not the case in 2022.

On Saturday, the second-ranked Scarlet and Gray open the new season against No. 5 Notre Dame at Ohio Stadium. While Ohio State has played highly-ranked teams early in the year many times, the Buckeyes have typically had a week or more of film of their opponents leading into the game. According to Ohio State, it’s the first time in program history the Buckeyes have faced a top-five opponent in Week 1 while also being ranked as a top-five team.

“Every year, it’s the same story,” Scarlet and Gray head coach Ryan Day said on Tuesday. “It’s a challenge to figure out what changes and adaptions have been made based on personnel from each side. And in college football, what that means, I think maybe in the NFL, when you’re drafting, the system is the system. But when you have new coordinators move in and out and when you have different players moving in and out and graduation, different things, it changes.”

From an Ohio State perspective, this means preparing for a Notre Dame team that is under new head coach Marcus Freeman, who only coached in the Fiesta Bowl last year after Brian Kelly departed for LSU. Moving up from defensive coordinator, Freeman brought in Al Golden to fill the role.

The Buckeyes believe the defense won’t change too much, as Freeman will still want to run a lot of what the Fighting Irish did a year ago, but Golden, who has ample experience at both the NFL and college level, will put his mark on the group.

Notre Dame faces some difficulty preparing for the Scarlet and Gray’s defense as well. Day too hired a new defensive coordinator in Jim Knowles who is looking to remake the defense after two seasons of struggles. He, along with secondary coach/cornerbacks coach Tim Walton and safeties coach Perry Eliano, will have something different from what Ohio State did last season.

Fortunately for the Fighting Irish, Freeman got a first-hand look at what Knowles’ last defense looked like in the Fiesta Bowl against Notre Dame. While he knows this won’t be the same thing he sees on Saturday at Ohio Stadium, it does give some perspective.

Of course, the opposite is true as well. While Knowles wasn’t still on the Cowboys staff when they faced the Irish on Jan. 1, he does have access to the film. And while, as Freeman said, his defense with the Buckeyes won’t be exactly the same, Knowles can get an idea of what worked.

“It’s a good game to have to be able to look at it from both sides, what Oklahoma State did and what our opponent did,” Knowles said on Tuesday of the Fiesta Bowl. (*5*)

Notre Dame could have some advantage when it comes to having an idea of what’s coming in this game given the talent returning from last year for the Scarlet and Gray. Key players from last year’s Ohio State team will be starting on both sides of the ball on Saturday, including quarterback C.J. Stroud, running back TreVeyon Henderson and wide receiver Jaxon Smith-Njigba on offense and J.T. Tuimoloau, Tommy Eichenberg, Denzel Burke and Ronnie Hickman on defense.

While the Irish have talent returning on both sides as well, they will break in some new players in this game. This could work either way for the visiting team but makes things a bit harder for the Buckeyes to scout a player like sophomore quarterback Tyler Buchner, who will make his first career start at the Horseshoe.

Read Also:   2022 could be a special season for Ohio State; enjoy it, Buckeye fans

For both sides, Saturday will be a bit of a guessing game. Even things for either team that seem likely based on last year’s tape could have changed in the offseason.

In a battle of two of the top teams in the country, it may be less about who is more prepared but who can best modify their play based on what the opponent does. This is the challenge for Day, Freeman, Knowles and all the coaches involved in this opening weekend game.

“You try to do the best you can to project,” Day said. “But then, in game, you have to have a good contingency plan that you can move quickly and adapt and think on your feet.”