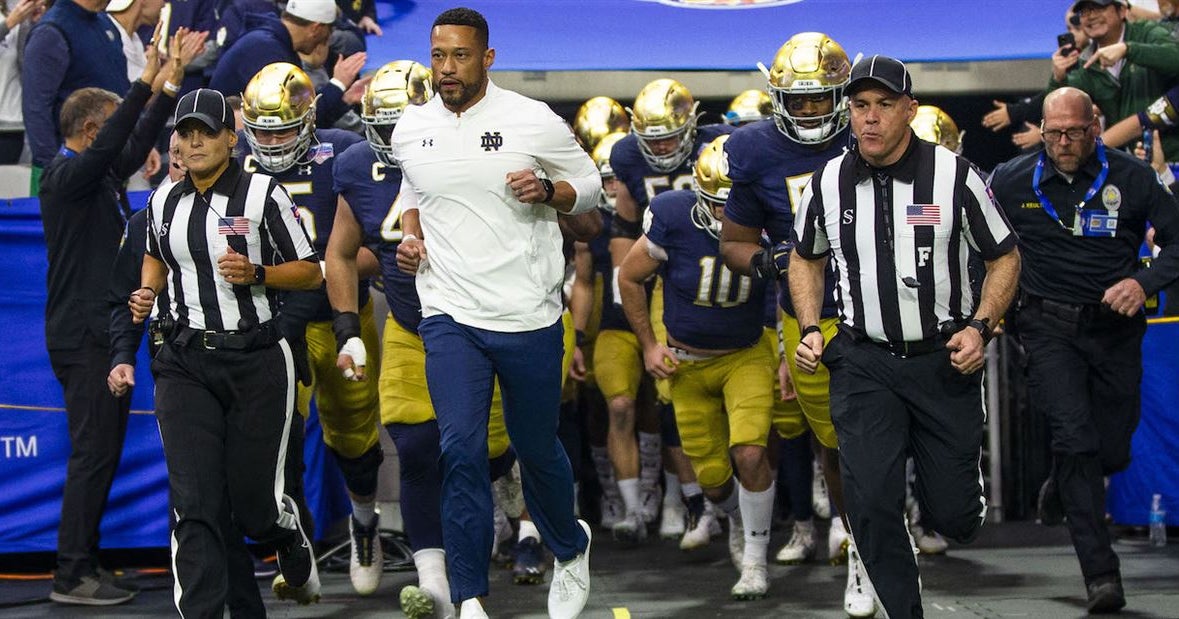 Last week was the first official week of college football across the country, but this week marks the first in which every team gets to take the field. That includes the matchup of the week when No. 2 Ohio State welcomes No. 5 Notre Dame to Ohio Stadium on Saturday.

While the Buckeyes are used to early-season, marquee games, they don’t typically come in Week 1. This game marks the first time in the history of the program that the Scarlet and Gray face a top-five opponent in the opening game of the year while also being ranked in the top five.

For as anticipated as this game is around the country, no one is more excited about the contest than the players who will take the field.

On the Ohio State side, it has been an offseason of hearing about the struggles of last year and questions about the team being too soft. The Buckeyes are motivated to put an 11-2 season that didn’t feature a Big Ten championship or a College Football Playoff appearance behind them, and there’s no better way than against another highly-ranked foe.

The Fighting Irish have struggled in these marquee matchups of late. New head coach Marcus Freeman hopes to change that, but faces the struggle of 105,000 fans at Ohio Stadium with a relatively inexperienced team. The oddsmakers don’t see much hope for Notre Dame either, so Freeman and company hope to spring the upset.

Here is how to watch the Scarlet and Gray in the season opener against the Irish.

Want the latest scoops and news on the Buckeyes? Try our 7-DAY FREE TRIAL AND BECOME A BUCKNUTS SUBSCRIBER(*30*)!(*30*)