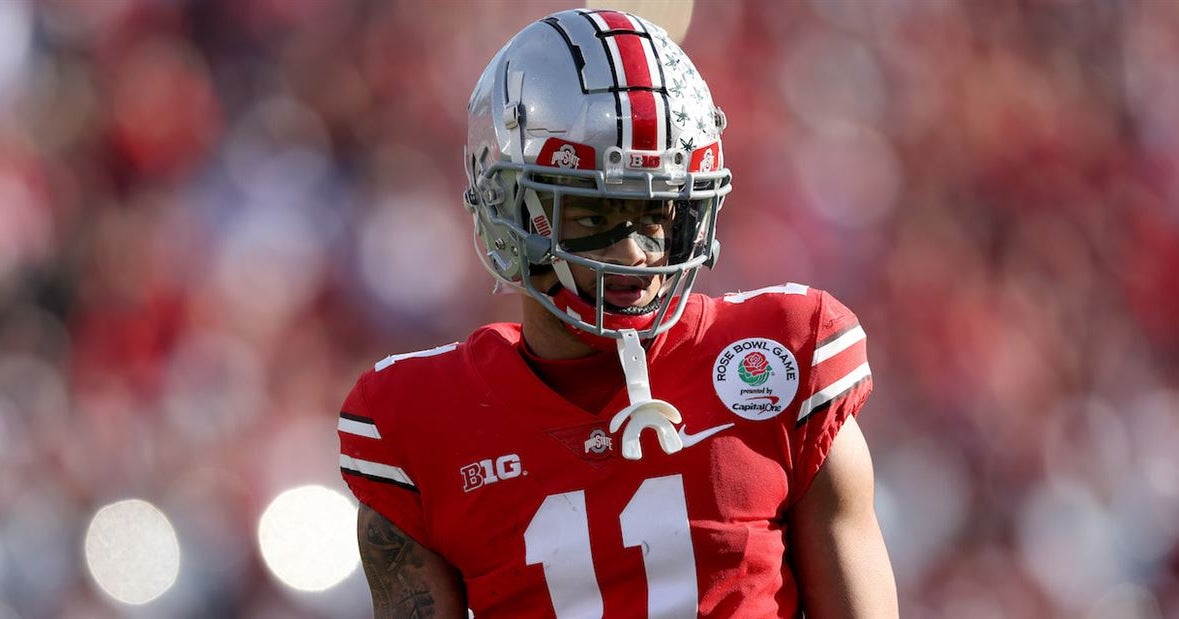 Ohio State wide receiver Jaxon Smith-Njigba exited during the first quarter of the No. 2 Buckeyes’ Week 1 home game against Notre Dame and missed several drives before returning to the game in the second quarter. Smith-Njigba, however, returned to the sideline with his helmet off shortly before halftime. ESPN’s Holly Rowe reported Smith-Njigba’s exit comes after the receiver’s left leg got rolled while being tackled by a Notre Dame defender.

Smith-Njigba had one catch for four yards on the night at the time of his exit. Ohio State led Notre Dame 7-3 at the time of his exit before the Irish later retook the lead, 10-7, early in the second quarter. The top-5 opponents are squaring off for the first time since they met in the Fiesta Bowl at the conclusion of the 2015 season.

Smith-Njigba joined Ohio State in 2020, but it wasn’t until 2021 that he enjoyed a true breakout. After catching for 10 passes for 49 total yards and a touchdown during the Buckeyes’ COVID-19 shortened season in 2020, Smith broke out for a 1,000-yard receiving season last fall, ending the year with 1,606 receiving yards and 9 touchdown receptions.

It says something that, even as Smith-Njigba shared snaps a year ago with Garrett Wilson and Chris Olave at Ohio State, he was still considered to be the group’s biggest talents. One of the most productive wide receivers in Texas high school history, Smith-Njigba arrived as a five-star prospect and the No. 15 overall player. He caught 10 passes for 49 yards and a touchdown as a freshman, then led the team in catches (95) and receiving yards (1,606) last season, trailing Olave (13) and Wilson (12) in touchdown catches.

With Wilson and Olave off to the NFL, more touches are expected to go Smith-Njigba’s way in 2022. Smith’s potential was on full display during Ohio State’s Rose Bowl win against Utah at the conclusion of the 2021 season, when he caught 15 passes for 347 yards and three touchdowns.