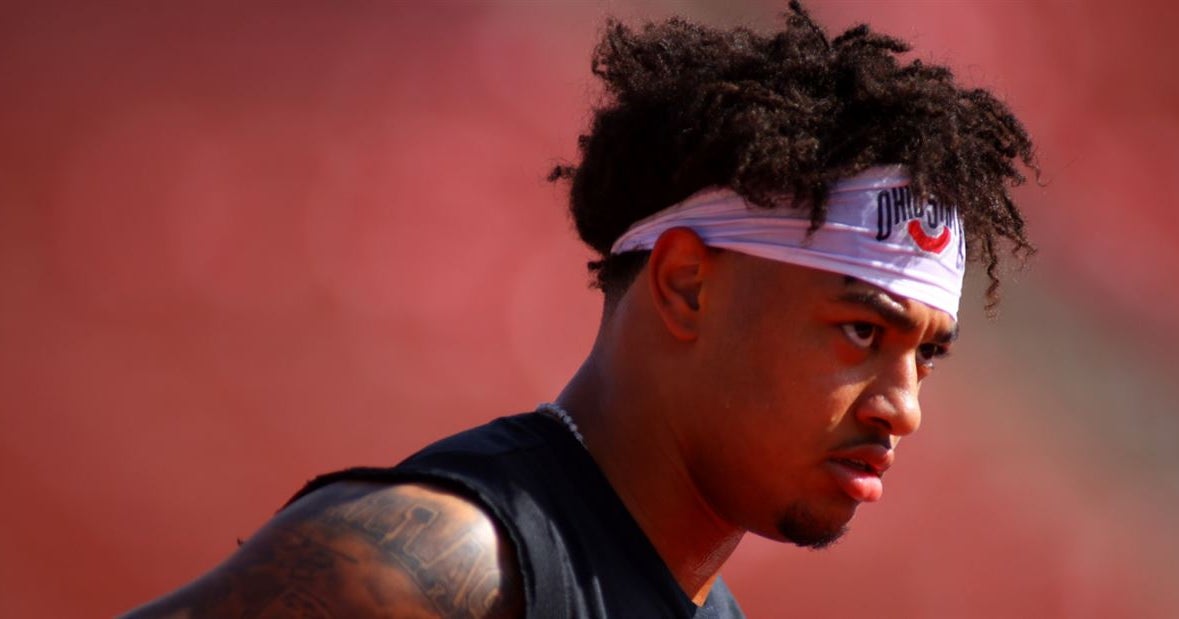 Ohio State star wide receiver Jaxon Smith-Njigba is expected to miss a game or two after suffering a low-grade hamstring injury Saturday evening in the No. 2 Buckeyes’ season-opening win against Notre Dame, a source told 247Sports. Smith-Njigba will likely undergo an MRI this week to confirm the low-grade diagnosis, but the junior had good range of motion after his initial tests.

“He should be ready to go in a couple of weeks,” the source said.

Ohio State will host Arkansas State and Toledo the next two weeks before beginning conference play on Sept. 24 against No. 18 Wisconsin.

Smith-Njigba initially exited Saturday’s game in the first quarter. He returned for a series in the second quarter but did not re-enter the game after halftime.

The junior from Rockwall, Texas led Ohio State with 95 catches for 1,606 yards and nine touchdowns in 2021. He was a Preseason All-American and is considered a 2023 first-round pick by any mock draft you’ll find.

His absence will leave a hole for Ohio State as Smith-Njigba is the only receiver on the Buckeyes’ roster who posted more than 200 receiving yards last season.

“He’s the best receiver in the country and we’ve built a connection, not just on the field but off that helps us on the field,” quarterback C.J. Stroud said of Smith-Njigba after the Notre Dame game. “So when he was out the game, of course, it affected our team, it affected our offense. But at the end of the day, when you look at it, we got the job done.”

Read Also:   What Happened To Katie Gallagher? Suicide Linked To Her Cause Of Death