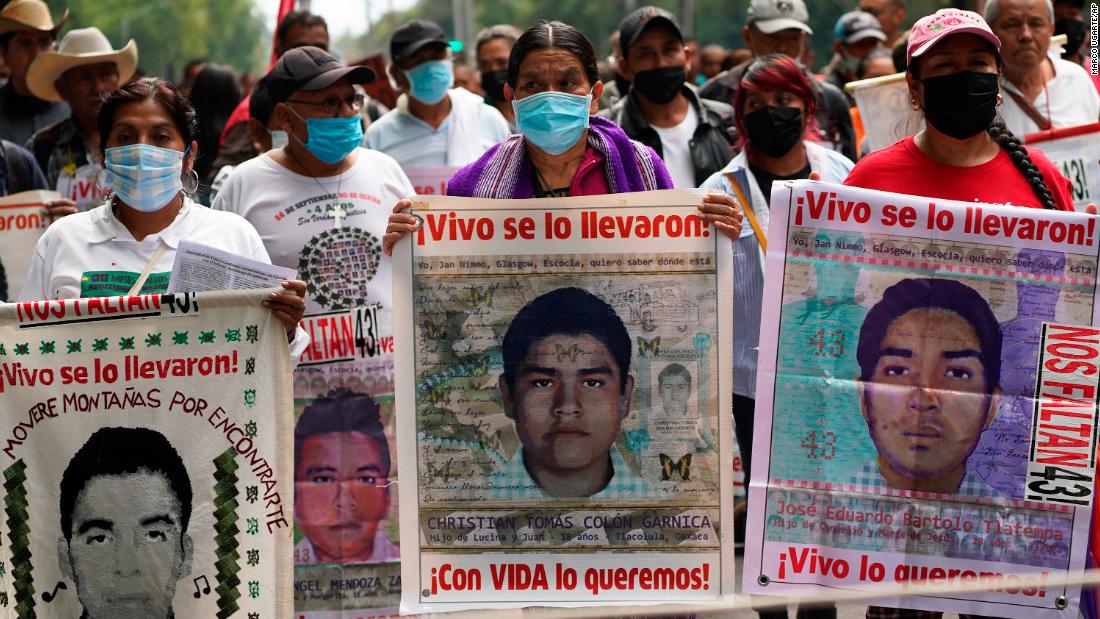 “For us, it is significant and has positive elements that will help us to know the truth and obtain justice,” In a Friday statement, the families stated their condolences.

Despite years of international attention and scrutiny, the fate of these students remains a mystery.

When local police and the federal forces intercepted their buses, the students were on their way to Iguala in southwest Peru. September 2014.

The exact details of what happened and why are still unknown. Survivors of the original group, 100 students, claimed their buses were fired upon by soldiers and police officers. Later, the bullet-ridden buses were discovered in the streets of the city with bloodied windows.

Last week, a government report referred to the incident in this way: “state crime”Based on thousands of documents and text messages, phone records, testimony, and other evidence,

Jesus Murillo Karam (the former attorney general of Mexico) was arrested the day after the report was made public. The prosecutor’s office accused him of being a suspect. “the crimes of forced disappearance, torture and against the administration of justice.”

He had led the state’s investigation into the disappearances of the students but was criticized by then-President Enrique Peña Nieto for his lack of transparency handling the matter.

The arrest of the 43-year old was well received by his parents.

“Today, the judge who processes the case agrees with us. Murillo Karam conducted a dubious, irregular investigation, plagued with torture, manipulation, and fabrication of evidence, thus constructing a lie that prevented us from knowing the whereabouts of our children,” The parents signed a joint statement.

“We cannot give up the fight until we have full proof of their whereabouts. It will be painful for our families to learn of their fate, especially if it’s lifeless, but if they give us scientific and definite proof, we will go home to mourn them. To date, we don’t have this evidence. Therefore, our demands and fight continue.”