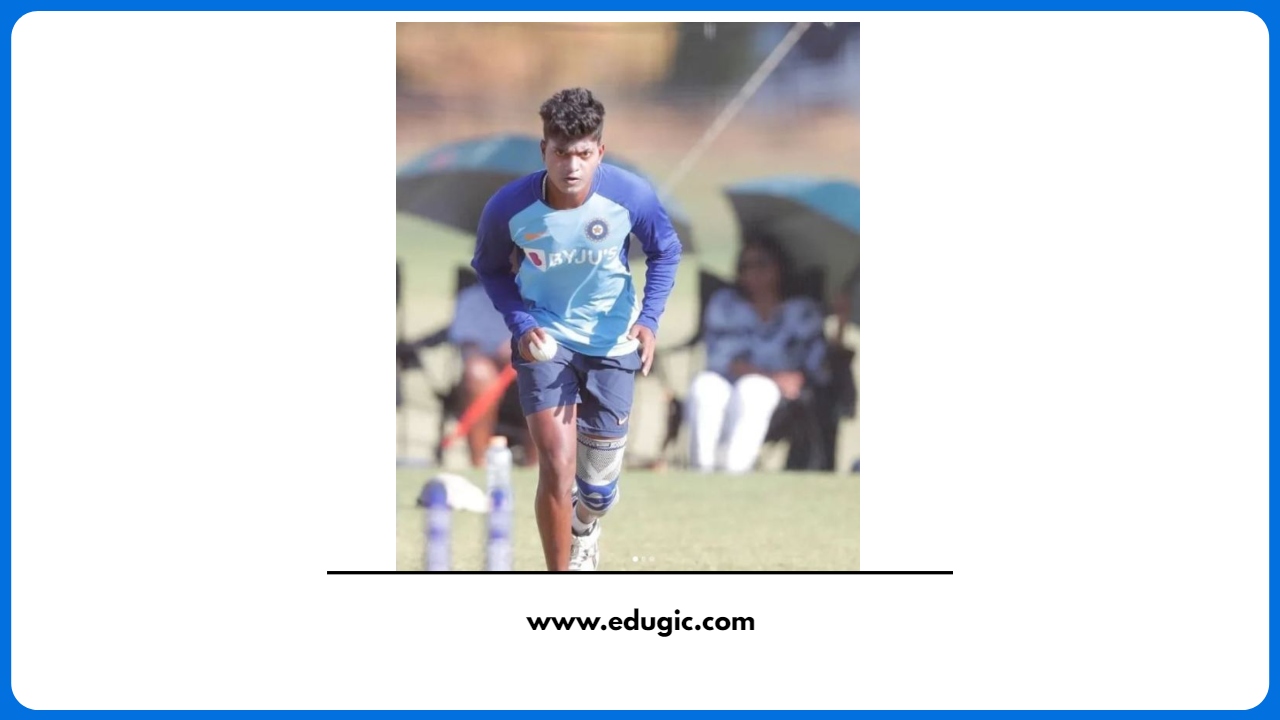 Pooja Vastrakar is an Indian cricketer, who is known for her right-hand medium bowling and striking runs at lower order.

Pooja Vastrakar was born on Saturday, 25 September 1999 (age 23 years; as of 2022) in Shahdol, Madhya Pradesh. Her zodiac sign is Libra. She did her schooling at Gyanodya Higher Secondary School. Pooja wanted to play cricket just like the boys of her locality in Shahdol. In an interview, she said,

I was a good gully cricketer, so I urged my sister to help me get into an academy. She went around the town to find one, but came back to say that none of them trained girls. So I left thinking about it.”

After breaking too many windows and losing various balls while playing in the colony, the children decided to play in the ground facilities of one of the cricket academies nearby, which remained unused in the morning. She was good at gully cricket. In an interview, she said,

Ek do overs hi milte hain, aur main woh ek do overs mein hi kuch na kuch kamaal kar deti thi (I’d get only one or two overs but I’d do something amazing in them),”

One such day, she was noticed by her coach, Ashutosh Shrivastava, who decided to give her formal training for cricket. In an interview, Vastrakar revealed,

We used to play 4-over games. As luck would have it, on one of the days when it was my turn to bat, I hit a few sixes, one guy spotted me. He came and asked me if I was interested to join the academy and took me to Ashutosh Shrivastav, who has been my coach since then.”

Srivastava started giving her training at his academy, Gulmohar Cricket Academy, which was an all-boys facility. Vastrakar was the only girl who took training there.

Pooja Vastrakar’s childhood photo of her playing with some boys

Vastrakar’s father, Bandhan Ram Vastrakar, is a retired employee of Bharat Sanchar Nigam Limited (BSNL). Her mother died when Pooja was merely ten years old. Pooja is the youngest of her seven siblings, which include four sisters and two brothers. Her elder sister, Usha Vastrakar, is a national-level sprinter.

Pooja Vastrakar has played for the Rewa division as well as the Shahdol division in Madhya Pradesh and Central Zone. Since she was the only woman cricketer in the Rewa division, most parts of her practice took place with the boys. By the time she turned 13, she was playing for the state under-19 side. A year later, she was named in Madhya Pradesh’s senior team. She made her debut in major domestic cricket in a Twenty20 match against Odisha on 9 March 2013. Initially, Pooja started with batting. In a conversation with the media, Pooja disclosed that when the coach asked the team to divide based on batters and bowlers, she identified herself as a batter and stood in the line with the rest of them; however, she injured her ring finger mistakenly with a door’s hinge and could not bat for a few days. At that moment, her coach asked her to try bowling and eventually she switched to bowling. At the age of 15, she became a part of the India Green Women Squad.

In an interview, she relived her mindset and the scenario of the match. She said,

When I walked in, Charu di (Rana) was set and she told me that only the two of us were left to make amends, so we must play out the full 50 overs,”

I had a feeling from within that we must try to set 180-200 as a target, so we started playing with that goal in mind. But we were aware that if we could get ourselves set, we could score more … Given we had very few wickets in hand, we decided we would deal in only doubles and singles till the 45th-over mark, and we’d go for the charge only in the last five overs.”

In IND Women vs NZ Women at Hamilton in ICC Women’s World Cup on March 10, 2022, Pooja showcased her brilliant performance yet again and took a total of 4 wickets. She impressed everybody with her one-handed throw which resulted in New Zealand’s Suzie Bates getting run out. She also made headlines for hitting the biggest six of the ICC Women’s World Cup 2022 against Australia, which was a massive 81-metre big hit.