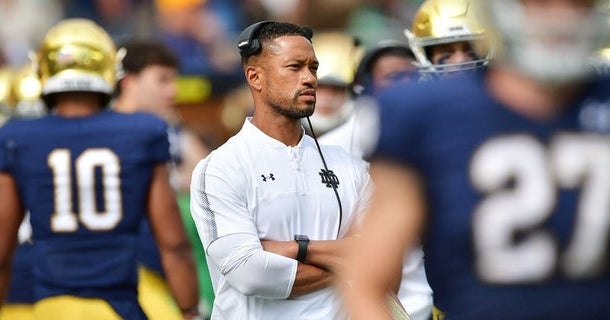 Ohio State and Notre Dame are two of the most storied team in the history of college football. The two programs, separated by just 271 miles, have combined for 19 national championships. Their players have won 14 Heisman Trophies, seven each, which is tied for the most all time. But when it comes to facing each other on the gridiron, there isn’t much in the way of history.

The Buckeyes and the Fighting Irish have met just six times in the past with the Scarlet and Gray owning a 4-2 all-time record. Notre Dame won the first two games in 1935 and 1936. Ohio State evened the series in 1995 and 1996. The two teams then met in the Fiesta Bowl in 2006 and 2016, both of those games going the way of the Buckeyes.

On Saturday, history changes as these two teams meet once again in the regular season. The Fighting Irish, ranked No. 5 in the preseason AP Poll, travel to Ohio Stadium to take on No. 2 Ohio State in the marquee college football game of the opening week of the 2022 season.

To learn a little bit about Notre Dame ahead of this clash of the college football titans, Bucknuts spoke to Tim O’Malley of Irish Illustrated, 247Sports’ Notre Dame site. You can read Bucknuts’ questions for Irish Illustrated (in bold) and O’Malley’s answers below.