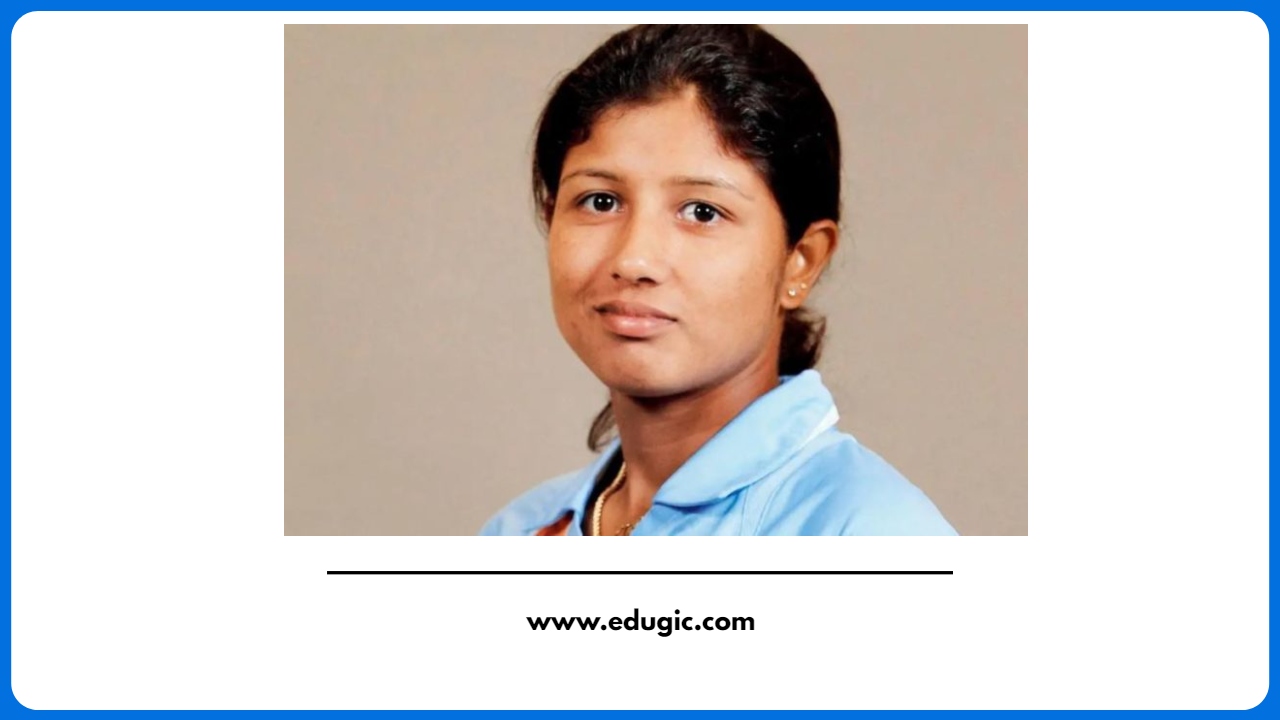 Rumeli Dhar is an Indian cricketer. A former Indian captain and all-rounder, Rumeli came into the limelight after giving several match-winning performances at the 2005 World Cup in South Africa. On 22 June 2022, Dhar announced her retirement from international cricket (all formats).

Rumeli Anup Dhar was born on Friday, 9 December 1983 (age 38 years; as of 2021) in Calcutta (now Kolkata), West Bengal, India. Her zodiac sign is Sagittarius. Rumeli developed an interest in cricket at a very young age and grew up playing cricket in her school days. Although she enjoyed batting and bowling, Rumeli was picked up in her school’s cricket team for her exemplary fielding. One of her uncles, who owned a cricket academy in Kolkata, identified her talent and encouraged her to play the game at a professional level. In an interview, while talking about her initial days of receiving coaching in cricket, she said,

My uncle was my first coach and in his academy, I used to be the only girl among 80-100 odd boys. During those days when wearing jeans for girls was frowned upon, I somehow managed to play the sport. Prior to becoming a full-time cricketer, I represented junior states in gymnastics and also played volleyball at the school national level. It was in 1996 when I first played with a leather ball. Cricket being an expensive sport back, my family, which had a humble financial background were sceptical to let me play the game. My uncle convinced my mother, and I was allowed to pursue my passion. My uncle supported me financially and some of the senior boys with whom I played lent me the cricket accessories.”

An old picture of Rumeli Dhar

Rumeli’s father’s name is Anup Dhar. She has a brother named Sourav Dhar.

Rumeli Dhar and her mother

Rumeli Dhar with her brother

Rumeli Dhar is married. Not much is known about her partner.

Rumeli Dhar with her partner

Rumeli Dhar began her domestic cricket profession in 1998 when she was picked up to play for West Bengal in the Under 19 team. After representing West Bengal, Rumeli played for Air India for some time.

Her stellar performance in domestic cricket led her to make a place for herself in international cricket in 2003. Rumeli has also played domestic cricket for Rajasthan, Assam, and Delhi cricket teams.

Rumeli Dhar clicked during a match

Rumeli Dhar made her debut in ODI cricket on 27 January 2003 in the World Series of Women’s Cricket against England in New Zealand at Bert Sutcliffe Oval, Lincoln. She gave a magnificent performance in the match; hitting the winning runs and bowling an economical spell by giving just 10 runs in six overs, including three maidens. She played six matches for team India in the series and was subsequently dropped from the Indian team. Earlier, Rumeli secured a place in the 1999 India camp for the 2000 World Cup, however, she failed to make a place for herself in the Indian squad. In 2005, she gave several match-winning performances in the Women Cricket World Cup in South Africa, leading the team to the finals. In the same year, on 21 November, Rumeli made her Test Cricket debut against England. Her T20 international debut came in the year 2006 against England.

She played her last test match on 29 August 2006 against England. She opened the bowling with Jhulan Goswami in the Quadrangular tournament in Chennai in 2007 and in the Twenty-20 World Cup in England. Rumeli gave an exceptional performance in the Women Twenty-20 World Cup in England in 2009 and helped India reach the semi-finals where they were defeated by New Zealand. Rumeli was the number 1 wicket-taker in the match. Thereafter, she played for young India against Pakistan. After playing for team India for six years on a trot, Rumeli was dropped from the Indian squad in 2012 owing to a shoulder injury. After a hiatus of around six years, Dhar made an unlikely comeback to the Indian squad in 2018, playing three international T20 matches, two against South Africa and one against Australia.

On 22 June 2022, Rumeli announced her retirement from all forms of international cricket. She took to Instagram to announce her retirement. Rumeli wrote,

23 years of my cricket profession that started from Shyamnagar in West Bengal, has finally come to an end as I announce my retirement from all formats of cricket. The journey has been a prolonged one with highs and lows. The high was representing the Indian Women’s cricket team, playing the World Cup final in 2005 as well as leading the Women in Blue.”

Bidding adieu to the sport, she further wrote,

A string of injuries plagued my profession but I always came back stronger to make it count. Today as I bid adieu to the sport I have always loved, I thank my family, the BCCI, my friends, the teams I represented (Bengal, Railways, Air India, Delhi, Rajasthan and Assam) for believing in my abilities and giving me the opportunity to play for their teams. They helped pave my way towards the India team.

Each match in this prolonged profession taught me a lesson that will help in my second innings. Like all journeys, mine will end as a cricketer today, but I promise to be associated with the sport and help nurture young talents in the country, giving back to the game in every way possible.