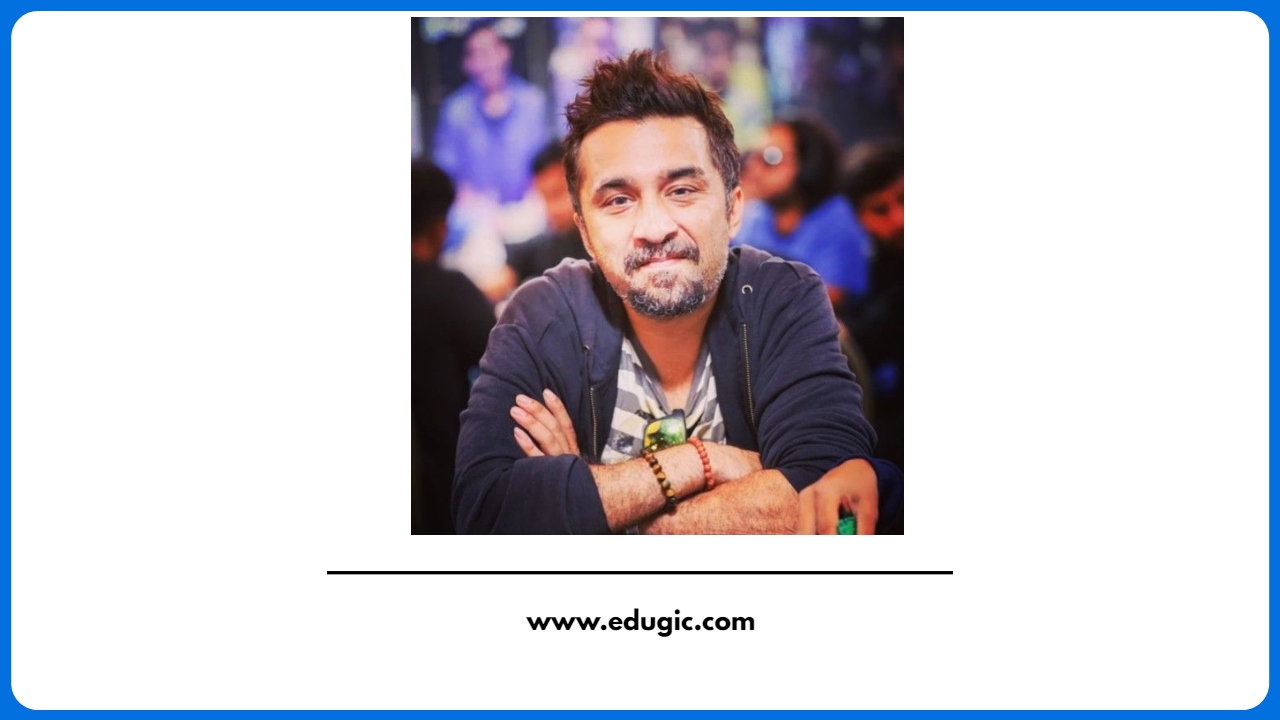 Siddhanth Kapoor is an Indian actor, assistant director, and VJ who primarily works in Bollywood films. He is known for being the son of Shakti Kapoor and the brother of actress Shraddha Kapoor.

Siddhanth Kapoor as a kid

Siddhanth’s father’s name is Shakti Kapoor, who is an actor and comedian.

His mother’s name is Shivangi Kolhapure, an actress and singer.

Siddhanth Kapoor with his mother

His younger sister, Shraddha Kapoor, is an actress, singer, and model.

Siddhanth Kapoor with his grandfather

His grandmother’s name is Susheela Kapoor. Siddhanth is the nephew of Padmini Kolhapure and Tejaswini Kolhapure.

His cousin’s name is Priyank Sharma.

Siddhanth Kapoor was in a relationship with Erica Packard, a model and actress.

Erica is the daughter of Gavin Packard, a well-known Bollywood actor, who passed away in 2012. In 2014, the couple exchanged promise rings in Thailand and moved together in a live-in relationship. However, the couple called off their relationship after dating for more than ten years.

Siddhanth started his profession as a professional Disc Jockey. He is also known by the name DJ Bullzeye. Siddhanth has performed at various clubs and festivals across the country.

Siddhanth Kapoor at an event

In 1997, Siddharth made his debut as a child artist with the film Judwaa in which he played the role of Rangeela (young version).

In 2013, Siddhanth appeared in the film Shootout at Wadala alongside John Abraham, Anil Kapoor, and Kangana Ranaut in which he played the role of Gyancho.

Siddhanth Kapoor in a still from the film Shootout at Wadala

He appeared in films like Ugly (2014) as Siddhanth and Jazbaa (2015) as Sam Maklai. In 2017, Siddhanth appeared in the film Haseena Parkar in which he played the role of Dawood Ibrahim alongside Shraddha Kapoor.

Siddhanth Kapoor with Shraddha Kapoor in the film Haseena Parkar

Siddhanth Kapoor in a still from his film Chehre

In 2020, Siddhanth Kapoor appeared in the web series ‘Bhaukaal’ in which he played the role of Chintu Dedha alongside Mohit Raina on MX Player.

Siddhanth Kapoor in a still from his web series Bhaukaal

In January 2022, he appeared in the second season of his debut web series Bhaukaal 2.

In 2019, Siddhanth Kapoor made his singing debut with the song ‘Kash Phir Se’ from his film Yaaram. In 2021, he lent his voice to a music video, Hum Hindustani, on YouTube.

Arrested for alleged consumption of drugs

Siddhanth Kapoor was arrested for alleged consumption of drugs at a rave party on the night of 12 June 2022 after the Bengaluru Police raided The Park hotel on MG Road.

The surprise raid was conducted by 25 police officers, who arrested six people including Siddhanth Kapoor. In an interview, Deputy Commissioner of Police Dr Bheemashankar S Guled confirmed the news and said,

It is confirmed that Bollywood actor Shakti Kapoor’s son Siddhant Kapoor took drugs. He tested positive for drugs in the blood test report. Hence, he has been brought to Ulsoor police station.”

Siddhanth Kapoor claimed that drugs were mixed in his drinks and he didn’t know about it. He told the police that he had been in Bengaluru many times to attend parties as DJ. This was the fourth time that he went to the hotel from where he was arrested. We have got the guest list and suspicious persons will be called for questioning.”

Siddhanth has been charged under sections 20A, 22B, and 27B of the Narcotics Drugs and Psychotropic Substances Act.

On 14 June 2022, he was released on station bail. In an interview, on being asked about his son’s arrest, Shakti Kapoor said,

I got to know about this news from India Today. I don’t have any idea. I don’t know anything about this. When I got up at 9 am, news was coming that he had been detained. I have no idea. The whole family is trying to get in touch. No one is picking up the call. I don’t know what is happening.”