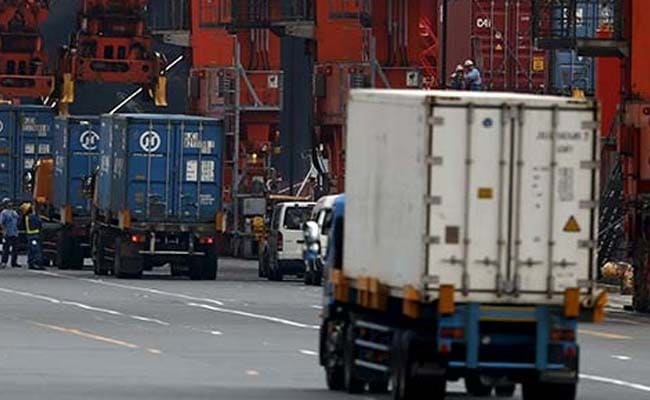 Exporters keep their fingers on the growth of the country’s exports.

Weak demand from developed countries and blocs such as the United States and the European Union is affecting exports of key sectors including engineering, precious stones and jewellery and may have implications for India’s exports if the global situation does not improve in the coming months.

The volume of global merchandise trade is expected to grow by 3 percent in 2022 versus the previous forecast of 4.7 percent, mainly due to the ongoing war between Russia and Ukraine, according to a World Trade Organization forecast, released in April.

The Organization for Economic Co-operation and Development (OECD), a group of developed countries, said that the growth of G20 merchandise trade slowed significantly in value terms in the second quarter of 2022 (April-June).

Exporters are watching the country’s export growth and hope the situation will improve in the coming months.

Declining exports and increasing imports widen the trade deficit, putting pressure on the value of the local currency. It also has implications for jobs.

Read Also:   All you need to know about Pradhan Mantri Vaya Vandana Yojana

The main sectors that recorded negative growth during the month of August include engineering, precious stones, jewellery, textile garments, cotton yarn, textiles and fabrics. and plastic.

Exports of engineering products, which account for more than 25 percent of the country’s $419 billion exports in 2021-22, fell for the second consecutive month in August by about 14.5 percent to $8.25 billion.

Similarly, gem and jewelry shipments contracted 4 percent to reach US$3.3 billion; and plastic by 1.47 percent to $744.5 million in August.

Minister of Commerce BVR Subhramanyam recently said- “To control inflation and ensure availability of some products, we have put some restrictions like wheat, steel, iron ore pellets and export duties on some commodities. All this has collectively flattened exports in these sectors.”

The Engineering Export Promotion Council (EEPC) said that for a number of global factors, growth in this sector has been declining in the past few months.

“Lower demand from China and recessionary trends in major economies in the West have contributed to the slowdown in exports. The pace of growth has also slowed due to export duties on some steel products, including stainless steel products,” the EEPC said in a statement.

The Director-General of the Federation of Indian Export Organizations (FIEO), Ajay Sahi, said that the period from September to November will be tough for exports as per the current trend.

Read Also:   The Reserve Bank of India needs to be more in sync to deal with inflation- Nirmala Sitharaman

“We need to monitor the situation carefully. The demand is for low-value products, but for high-value goods, the demand is not good,” he said.

Ludhiana Hand Tools Association president SC Ralhan said slowing demand and inflation in the US and Europe are hurting exports.

“Exporters only have order books for about two months. If the current global situation continues, it will affect our exports,” Ralhan added.