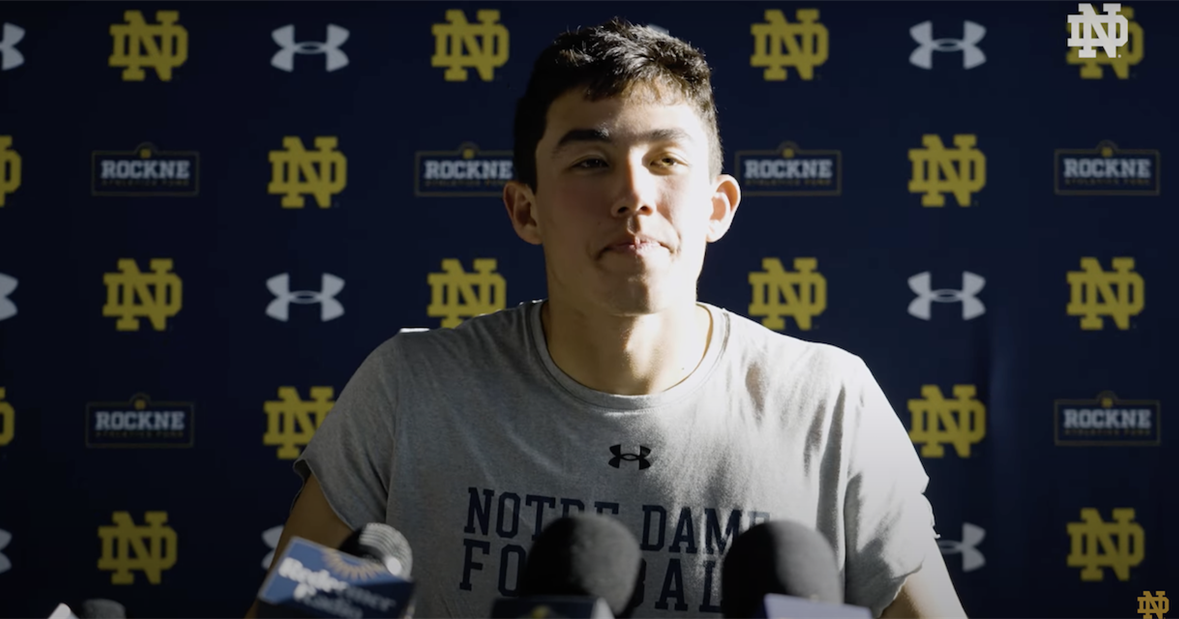 The primetime matchup between No. 2 Ohio State and No. 5 Notre Dame is just around the corner. The Fighting Irish come to Ohio Stadium on Saturday night in what many believe is the best game of the year in the 2022 college football season.

Needless to say, it’s an exciting game for everyone involved.

After Notre Dame head coach Marcus Freeman spoke to the media on Monday, the Fighting Irish players took the mic on Tuesday after practice. Below are videos from quarterback Tyler Buchner, linebacker Marist Liufau, running back Chris Tyree and defensive lineman Jayson Ademilola, as well as the transcript of what these Notre Dame players set about Ohio State heading into the top-five matchup.

On his emotions heading into his game